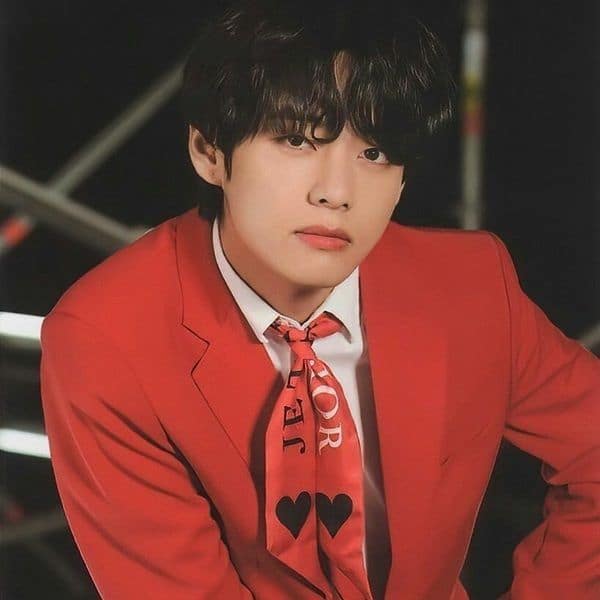 Today is Valentine’s Day and there can’t be a better for BTS fans to celebrate it by reminiscing V aka Kim Taehyung’s best relationship quotes. There’s no doubt that the K-pop singer has redefined love with his purple phrase. His fashion, song lyrics, choreography and more make him people’s favourite. And while the world is celebrating love with their loved ones, fans have been trending #VDAYWITHV on social media to celebrate the occassion. Also Read – This is how BTS members RM, Jin, V, Suga, J-Hope, Jimin and Jungkook looked like a year ago — view pics

This is one of my favorite vlive of Taehyung, especially the part where he told introverts that instead of being better at talking to others, he advices us to find someone who we get along with & who matches us well, that we dont need to fit ourselves to other people.#VDAYWITHV pic.twitter.com/PMYhQF5jAS

? i want an expression that is greater than anything. i haven’t found the expression but i want to say i love you. we purple you! thank you ♥
#VDAYWITHV pic.twitter.com/5rTG0hbZ1n

Here’s one of Taehyung’s first lives. A treat for when you want to laugh until your sides hurt.https://t.co/Bttny62FnL

Meanwhile, K-pop related tweets remained in full force last year, reaching a new record of 6.7 billion, Twitter said on Thursday. The figure represents a jump of 600 million from 6.1 billion K-pop tweets in 2019. Also Read – BTS’ Suga’s special message for ARMY ahead of the release of BE Essential Edition — watch video

The social media company said that Indonesia ranked as the top market tweeting about K-pop by volume, followed by Thailand and South Korea. In terms of unique users tweeting about K-pop, Japan topped the list, followed by the United States and Indonesia, reports Yonhap news agency. Also Read – BTS sends fans into a tizzy as they band to create handmade craftwork for Korean New Year — watch video

Global superstar BTS was the most mentioned K-pop artist last year, while NCT, EXO and Blackpink were next on the list. BTS’ songs grabbed six spots on the list of ten most-mentioned K-pop songs, with Dynamite, ON, Black Swan and Life Goes On topping the list.