Urgency to ramp up vaccination clashes with Biden’s equity focus 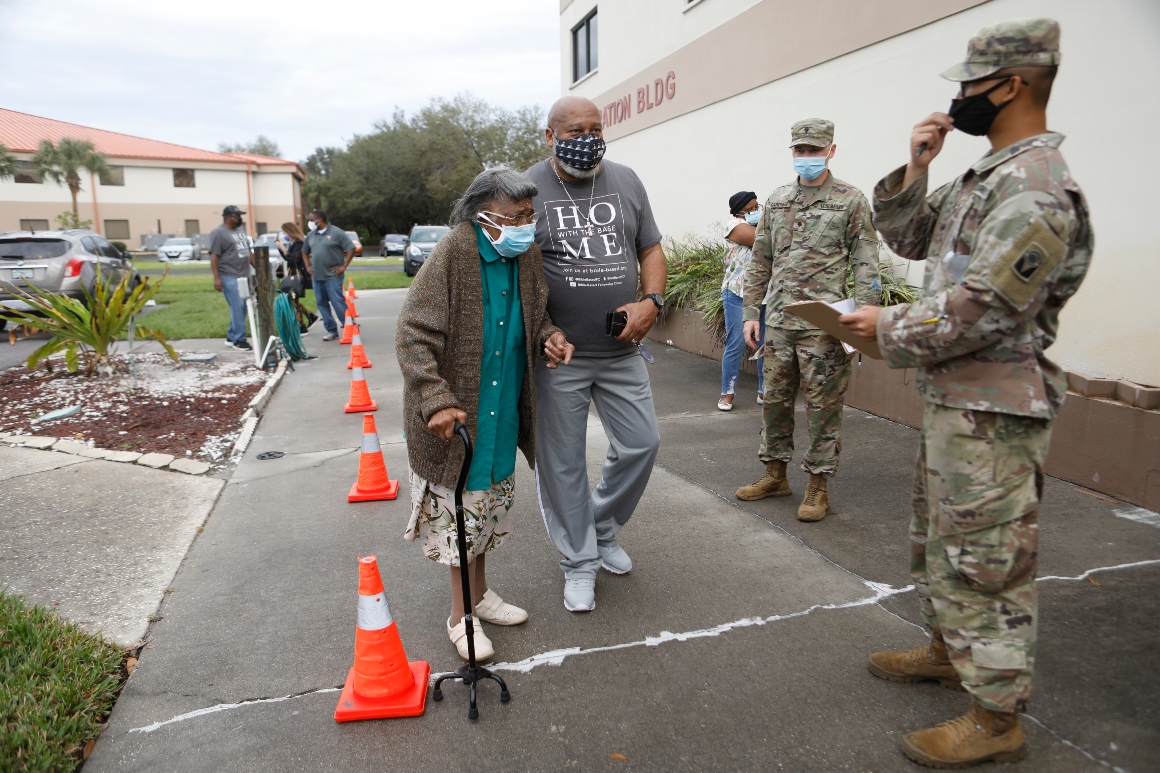 Fauci on CPAC speech: ‘I’m sure that you can get a standing…

Welcome to Covid Court, where POLITICO’s Renu Rayasam issues rulings on how to get through the pandemic without losing your mind.

The federal government and the states are directing more vaccines into minority and poor communities, through community health clinics, public health departments, mobile vans, and partnerships with churches and other faith groups. The Biden administration is also sending more vaccines directly to pharmacies, though they don’t reach all poor communities. And some local authorities are restricting vaccines to people living or working in a specific community, so tech-savvy affluent people with the ability to travel from other areas can’t snap up all the appointments. The Centers for Disease Control and Prevention is also holding a three-day public forum, starting Monday, on building vaccine confidence, including in minority communities with higher rates of hesitancy.

But so far, the efforts aren’t necessarily translating into huge numbers of vaccinations in hard-to-reach populations that, by definition, are hard to reach.

Getting thousands of people with cars to a sports stadium is easier than getting hundreds — or maybe sometimes only dozens — to a vaccine clinic at a church. Nor is it clear whether the past week’s weather-related delays will fall equally on populations and whose canceled appointments will be rescheduled promptly.

Not every special pop-up clinic is going to the underserved. Florida Gov. Ron DeSantis, a Republican, was criticized for setting up one in an affluent, mostly white community in a GOP-leaning area. DeSantis has made reaching people age 65 and older his priority.

But Florida reversed course a few days later. The state will be getting four federally backed vaccination hubs in low-income communities of color. The locales were selected through a federal “vulnerability” index, which other communities are also using to figure out where to concentrate resources.

The concern about getting lots of people immunized to stay ahead of the variants is real, clashing with equity demands. Marcus Plescia, chief medical officer for the Association of State and Territorial Health Officials, said states are under a lot of pressure to move as quickly as possible through priority groups. “That’s not an approach that results in a lot of equity,” he said.

One obstacle is that the United States has never had to run a vaccination campaign on this scale and speed — let alone while also facing such glaring disparities in deaths. Black Americans have been dying from the virus at a rate nearly two times higher than whites. For Latinos, it’s 2.3 times higher.

The H1N1 pandemic flu vaccine campaign of 2009 had plenty of its own problems — though luckily the outbreak wasn’t as lethal as feared. The polio campaign of the 1950s was also massive, but it was only for kids and teens.

“They are trying to do something we didn’t have a system in place for — mass vaccination of adults in this country,” said Paul Offit, a vaccine expert at the Children’s Hospital of Philadelphia. “And they are building it on the fly.”

The virus mutations have complicated things. Some are more contagious, and the vaccines don’t seem to work as well on the one detected in South Africa.

Peter Hotez, another noted vaccine expert at Baylor University, said the urgency to avoid damage from the variants means the U.S. needs to be vaccinating closer to 3 million people per day — about double the current rate, though supply constraints could prevent the country from hitting that target as quickly as he thinks is necessary.

Hotez also called for diversifying where people can be vaccinated, including places that are both trustworthy and convenient to underserved groups, and expanding eligibility. “The way to manage this is to liberalize some of the restrictions” on who can receive a vaccine, he said.

The variants do likely mean more cases — and more deaths. While new infections and hospitalizations have been declining for weeks, case counts remain high. Health experts have warned that the variants could bring a new surge as they gain a foothold across the country.

“Every day that somebody doesn’t have the vaccine they are that much more vulnerable,” said Carmel Shachar, who heads Harvard Law School’s bioethics center.

“We’ve lost some of the cushion,” she said. “And we didn’t have a great cushion.”

But Hastings Center bioethicist Nancy Berlinger worries that the concern over variants, which are not unexpected with a virus, could prompt states to sacrifice equity for speed.

“In health care, there’s always a tension between do it fast and do it right,” she said. “We do not get to community immunity by focusing only on healthy, mobile, digitally savvy people,” she added.

President Joe Biden has pledged to do better on both speed and equity — expanding supply and reaching underserved communities. At his town hall in Milwaukee last week, he announced that community health centers, “which take care of the toughest of the toughest neighborhoods in terms of illness” will receive a million doses per week.

A number of states have been conducting outreach to communities of color by working with churches and other faith-based organizations.

In Illinois, for instance, the health department has been holding virtual town halls and using “community health ambassadors” — or local public health officers — to reach people who are hesitant about vaccination.

Trust and outreach is one part of the equation. Having enough vaccine, and knowing when it’s coming, is another. Local health departments say the Biden administration should give them access to the federal vaccine tracking system, just as state officials have, to give them better insight into specifically where the vaccines are.

“Without that visibility you can’t adequately plan and make sure they are plugging gaps in a meaningful timeframe so we don’t perpetuate these inequities,” said Adriane Casalotti, chief of government and public affairs for the National Association of County and City Health Officials.

“I’d much rather have a well thought-through consistent response that gets better over time,” he said, “than a hurried, less thoughtful response.”

Tucker Doherty contributed to this report.

Shocking! Cameron Diaz reveals why she doesn’t want to work in Hollywood anymore

Fauci on CPAC speech: ‘I’m sure that you can get a standing ovation by saying…

The danger of avalanches – CBS News

Fauci on CPAC speech: ‘I’m sure that you can get a standing…

Quantum Tunneling in Graphene Advances the Age of High Speed…

Up to 6 cases of Manaus coronavirus variant identified in U.K.,…

Companies With the Best Retirement Plans

Here’s how to watch it live in India, date, time, notable…

Fry’s Electronics is closing its doors

Tommy Hilfiger Is a Real Person, and Fans Didn’t Know It