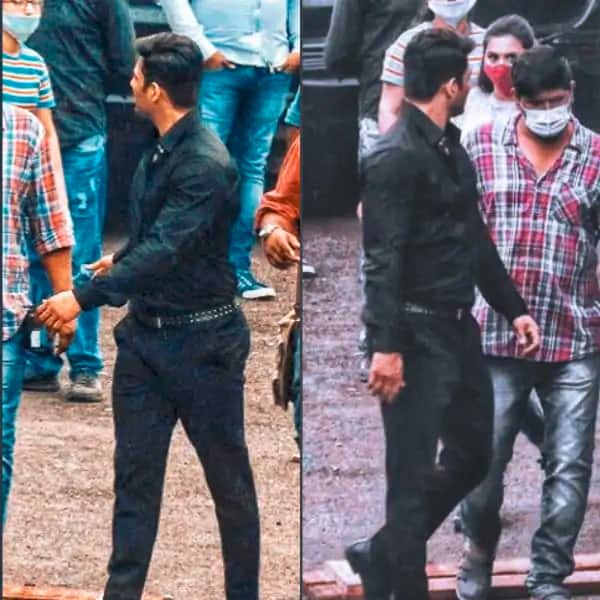 Bigg Boss 14: Sidharth Shukla spotted in an all-black look for the promo shoot at Film City

Everyone is keenly awaiting Bigg Boss 14. The show will go on air from October. A number of past contestants will be seen on the show. We feel the premiere night will be a power-packed one. Sidharth Shukla, who was the winner of Bigg Boss 13 was clicked by the paps at the promo shoot. The tall actor looked handsome in a pair of black trousers and matching shirt. It seems celebs like Hina Khan, Gauahar Khan and Rashami Desai will also be a part of the promo. Sidharth Shukla has been one of the most famous winners ever. His popularity till date is huge. Check out the pics here… Also Read – Bigg Boss 14: Sidharth Shukla spotted in an all-black look for the promo shoot at Film City

Well, it’s needless to say that Kollywood megastar Thalapathy Vijay enjoys one of the craziest fandom not only in his territory but also on social media. In February during the shooting of Master, the actor saw a huge crowd of fans in Neyveli waiting to see his glimpse and this moment was overwhelmed to see the support. The Mersal star climbed over the top of a van and clicked a selfie, which has created a record today. With more than 135 K retweets, it became the most retweeted photo of an Indian actor. Well, that clearly shows the superstardom of the Bigil actor.

Yesterday, Kangana Ranaut did a long interview with senior journalist, Navika Kumar. In the interview, she spoke about how she felt that she was almost ‘raped’ when the Shiv Sena barged into her office space and demolished it. Kangana Ranaut, who is known for her rather caustic barbs went to the extent of calling Urmila Matondkar a ‘soft porn star’ . This happened after Urmila Matondkar in an interview said that Kangana Ranaut should not be living in Mumbai if she has so many issues. She said she should deal with the drug menace in Himachal Pradesh as it’s where all the drugs originate from. As we know, the state has marijuana plants high up in the hills.

If there’s one thing that is making things bearable in this pandemic phase, it’s BTS. The band just performed at America’s Got Talent on their latest song Dynamite and it’s really good. The song will make you put on your dancing shoes. Just like the original video, the performance has the K-pop superstars in 70s-inspired clothing.

Mohit Sehgal wishes Sanaya Irani on her birthday and thanks ‘uncle, aunty for bringing her in this world’

Sanaya Irani and Mohit Sehgal are one of the most adorable couples of TV town. The lovely actress turned a year older today. Mohit Sehgal rang in her birthday at home with a pyjama party. Mohit Sehgal brought a cake that had a crown done on it. Sanaya Irani was seen in her night suit. In a long note, Mohit Sehgal wrote, “There is nothing that I want more than to spend the next one hundred birthdays of yours by my side. Today on this day I want to thank uncle aunty for bringing you in this world and giving me the most precious gift of my life , to my dad for letting me come to Bombay , if that didn’t happen , I would have never met u . I am the lucky one. Thanks for being the love of my life, my wife, my friend, my soulmate, my co-actor #chashmish #mjht, and now my hair stylist too.”

Read the full story here: Mohit Sehgal wishes Sanaya Irani on her birthday and thanks ‘uncle, aunty for bringing her in this world’

No place for Fascination and Imagination at Carnival

I was was vomiting, shaking and having hot and cold flashes