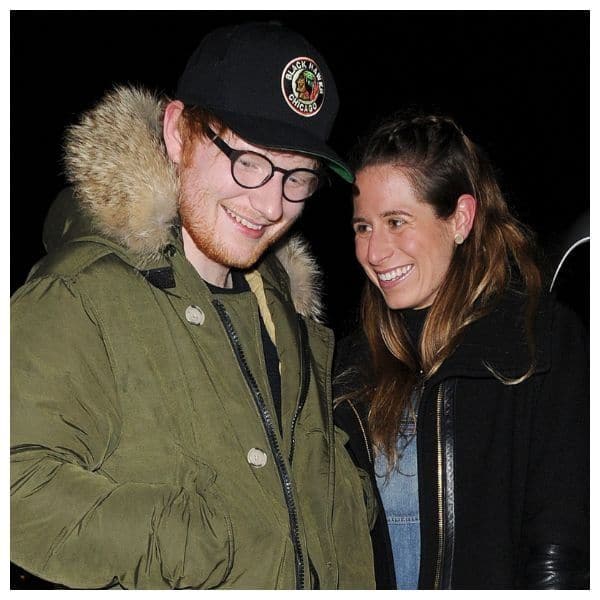 Chelsea Handler skis NAKED with stickers on her nipples for 46th…

Popular Songwriter and singer Ed Sheeran, who garnered worldwide fame for songs like Shape Of You, Perfect and others, welcomed a baby girl with wife Cherry Seaborn and named her Lyra Antarctica Seaborn Sheeran. Sharing the news on social media, Ed wrote, “Ello! A quick message from me as I have some personal news that I wanted to share with you… Last week, with the help of an amazing delivery team, Cherry gave birth to our beautiful and healthy daughter – Lyra Antarctica Seaborn Sheeran. We are completely in love with her.” The 29-year-old singer added, “Both mum and baby are doing amazing and we are on cloud nine over here. We hope that you can respect our privacy at this time. Lots of love and I’ll see you when it’s time to come back.” Also Read – Shape Of You Singer Ed Sheeran lost weight after being called “chunky” by trolls

The singer married his longtime girlfriend Cherry in 2018 in a hush-hush wedding. However he announed this news last during his appearance in the show Charlamagne Tha God, where he said, “Watch how the lyrics in Remember The Name might get twisted. My wife wears red but looks better without the lipstick. “It was actually before me and Cherry got married and I knew that we’d be married by the point that the song came out. I thought someone’s going to hear that and be like, ‘Oh, they’re married!’ I didn’t know how that would be construed, but obviously it’s already come out.” Also Read – Ed Sheeran tops the UK’s richest celebs under 30 list while Harry Styles grabs the third spot

Tiger Woods tranferred to different L.A. hospital to start down…

Water Near Arizona Air Force Base Is Tainted in Latest Case |…