Roman Reigns makes a surprise return; takes down The Fiend 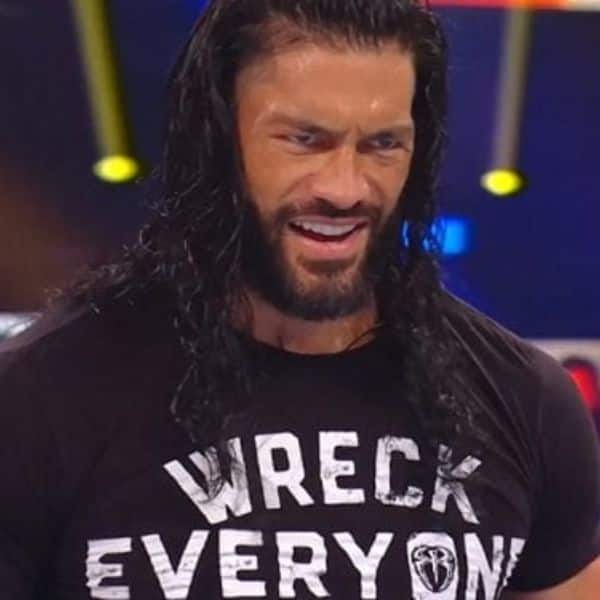 Well, the WWE is known to have surprises and the definitely had one at SummerSlam. Roman Reigns made his return right after the WWE Universal Championship match between Braun Strowman and The Fiend, which the latter won. Reigns speared Wyatt and beat down Strowman with a chair and hit another spear on Bray. “You’re just a freak in a mask. I run this b***h,” he said. Also Read – WWE: You might be shocked to know how much Brock Lesnar earns

Here are the results of WWE SummerSlam: Also Read – WWE: Roman Reigns confirms his exit from WWE WrestleMania 36 Match vs Goldberg, says ‘I’m sorry I didn’t get to compete this year’

WWE Summerslam was held at the Thunderdome. It was the first event held outside of the WWE Performance Center since the Covid-19 pandemic. It had the presence of fans virtually. The event was originally scheduled to take place at the TD Garden in Boston, Massachusetts. However, due to the COVID-19 pandemic, Boston mayor Marty Walsh announced the suspension of all large-scale gatherings and that no permit would be issued for an event that could draw a large crowd before September 7.

Priyanka Chopra Beats Monday Blues & The Golf Ball Out Of The Park!

Uzbek base that housed U.S. troops allegedly had “7 to 9 times higher than normal” radiation, yellowcake uranium

Is the rise in U.S. COVID-19 cases because of testing? It’s not that simple, doctors say

U.S. Senate set to confirm Barret despite calls for Pence to skip over COVID-19 risk

Uzbek base that housed U.S. troops allegedly had “7 to 9…

Is the rise in U.S. COVID-19 cases because of testing? It’s…

Tools Made by Some of North America’s Earliest Inhabitants Were…

Council tax rate: What council tax band am I? How to check |…