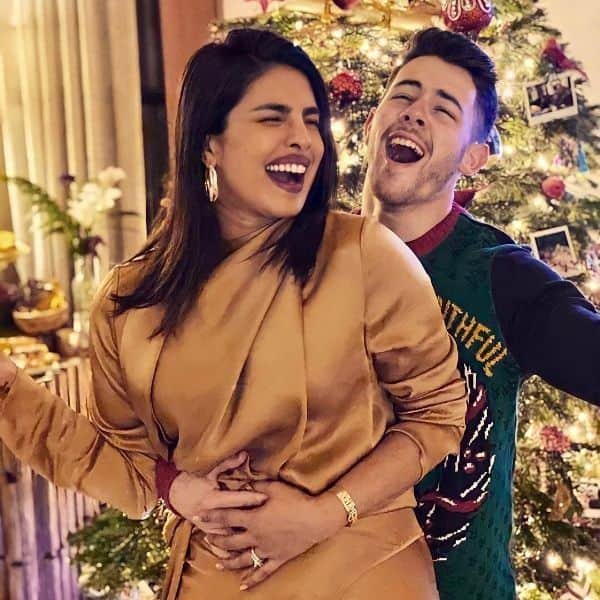 Priyanka Chopra is no stranger to the cases of mistaken identities, especially in the West. She was earlier mistaken for Deepika Padukone when the two Bollywood actresses made their Hollywood debut in the same year. Once the ABC network had also aired Quantico using miss world 1999, Yukta Mookhey’s picture instead of Priyanka. And while the people in the West continue to struggle identifying South Asian actresses, a Twitter user got confused between Priyanka and British actress Jameela Jamil. The user went on to ask Jameela if she has divorced American pop star Nick Jonas and Priyanka’s witty reaction to it has left her fans rolling on the floor laughing.

So a Twitter user recently tweeted to Jameela, who is known for her performances in The Good Place, wondering, “Wait so did @nickjonas and @jameelajamil get divorced?” To which, Jameela, who was also amused by the question, replied to the user in a quirky way saying, “A different Indian woman who doesn’t look anything like me. @priyankachopra. I believe they are very happy together still” tagging Priyanka in her tweet. Jameela’s reply caught Priyanka’s attention and she replied, “Lol!” tagging Jameela followed by a punching, heart-shaped, skeleton emoji.

A different Indian woman who doesn’t look anything like me. @priyankachopra ? I believe they are very happy together still. https://t.co/UoDS5PgXIl

Priyanka recently had a good laugh on herself after fan-made memes flooded the social media. She posted a string of memes on Instagram stories all through Wednesday, featuring her in a quirky ball-shaped costume.

A user compared Priyanka’s look as a new pokemon named Priyankemon, while another imagined her as a ball that Virat Kohli was about to catch during cricketing action. Others fashioned blow horns, hot air balloons and parachutes out of Priyanka in her bloated costume. Users turned her into a green firecracker and a puffer fish.

One meme read, “When mom says ‘boriya bistar samet aur nikal jaa yahan se’ (when mom says, ‘pack your bag and get out of here’).” The actress thanked fans for making her day. She wrote on Instagram stories, “Too funny… Thanks for making my day guys.” The costume is one of many that Priyanka wore during a video call with the internet sensation dog, Tika.