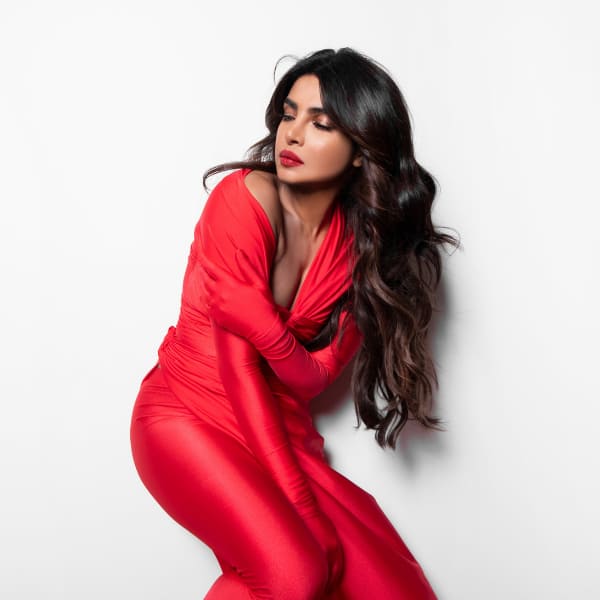 The desi girl of Bollywood and global icon, Priyanka Chopra is all set to appear in an Oprah Winfrey show to promote her recently released memoir, Unfinished. While the episode is scheduled to air on Discovery+ on March 24, the makers have dropped a promo, where we see Oprah reminding PeeCee about her time in home country, secular upbringing and asked whether she found a ‘spiritual foundation’ in India. Also Read – Citadel: Priyanka Chopra and Richard Madden’s shoot pics get leaked — check them out

Responding to that, Priyanka Chopra said, “I think I did. In India, it is hard not to. You’re right. With the swirling number of religions that we have, that live within the country as well. I grew up in a convent school. I was aware of Christianity. My dad used to sing in a mosque, I was aware of Islam. I grew up in a Hindu family, I was aware of that. Spirituality is such a large part of India that you really cannot ignore it.” She added, “I am a Hindu. I pray, I have a temple at my home, I do it as often as I can. But truly to me, I am a believer that a higher power does exist and I like to have faith in that.” Also Read – Citadel: Priyanka Chopra impresses the Russo Brothers who gush over ‘an incredible star’

During a recent interaction at Jaipur Literature Festival’s virtual meet, the actress recalled one of the incidents when her dad exited from his wheelchair to receive an award along with her. She described that night and said it was very brave for him to give a speech on behalf of her after actress’ win. Priyanka said, “That night, he was a very brave man. I remember that day, he was putting all of his packets in which the liquids go inside your body and he was always on a wheelchair. As soon as we arrived at the venue, he instead to get up from his wheelchair and walk. And after convincing, he made it. I won that award and I asked him to come on stage with me. He came and walked up on the stage and I remember the hosts coming towards him and helping him, but he was like no I will do it. It took him 10 minutes but people were patient. Everyone stood up when he walked up the stage. He gave a speech and he said thank you so much for choosing an actor tonight and I was like ya he is my dad standing up for me one more time.” Also Read – Priyanka Chopra recalls Nick Jonas’ awkward and embarrassing first meeting with her mom Madhu Chopra