Pets United, The Devil All the Time, Dragon’s Dogma – 5 OTT titles to satiate your binge-watching urge 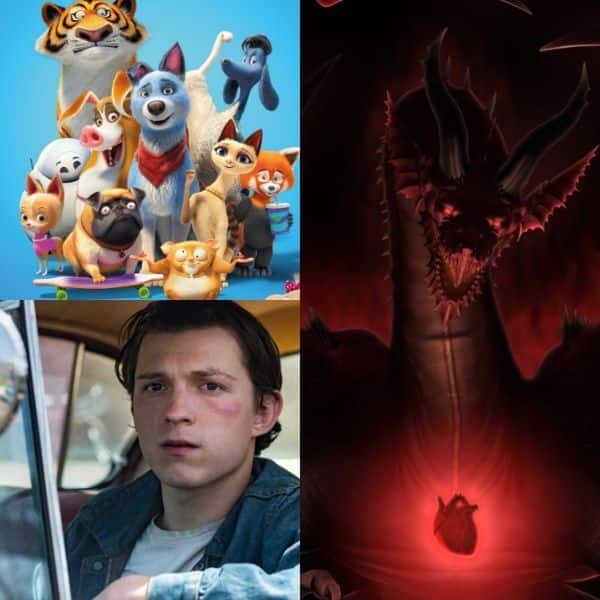 Kim Kardashian Asks Kanye West Not To Be ‘Messy’ In Her…

Katie Price slams celebs with autistic children who ‘hide them away…

Monday has again arrived and that means it’s time for all you binge-watchers to get cracking with the most exciting OTT content that Netflix will be serving this week. After all, with more than a few workplaces yet to reopen because of the partial lockdown in effect, web shows and web movies are the best way to pass the time and proved the best outlet for our dose of entertainment. So, we’ve filtered the most promising of the lot to bring you five web series and web films that have or are releasing across these seven days on Netflix, which are perfect for your binge-watching needs. Also Read – What to Watch on Netflix this Week: Pets United, The Devil All the Time, Dragon’s Dogma – 5 OTT titles to satiate your binge-watching urge

An animated film about a dog and a cat combining forces to take down an evil mayor and his lethal robot army; this one should appeal to kids as also animal lovers of all ages. Also Read – JJ Abrams returns to direct Star Wars Episode IX after Jurassic World director Colin Trevorrow walks out

This documentary aims to offer rare insight into a controversial experiment, where two scientists attempt to freeze their dying toddler in order to hopefully bring him back to life in the future. Also Read – Star Trek Beyond trailer: Space Travel never looked so EXCITING and APPEALING!

A docu-series from executive producer J.J. Abrams that promises an in-depth look into the Challenger space program.

The Devil All the Time (web movie) – 16th September

Tom Holland and Robert Pattinson combine forces to lead a stellar cast in what’s being touted as one of the biggest Netflix movies this fall.

A new anime series based on the popular video-game franchise by the same name — going by Netflix’s recent track record in anime, this titel is certainly one you ought to watch out for.

Kim Kardashian Asks Kanye West Not To Be ‘Messy’ In Her…

CBS executives placed on leave after reports of…

Sports injury expert explains what Dustin Poirier did to Conor…

Boris Johnson to sign off Border controls TODAY as returning…

Biden to address racism toward Asian Americans during pandemic with…

When does the £20 Universal Credit uplift end? What will come next?…