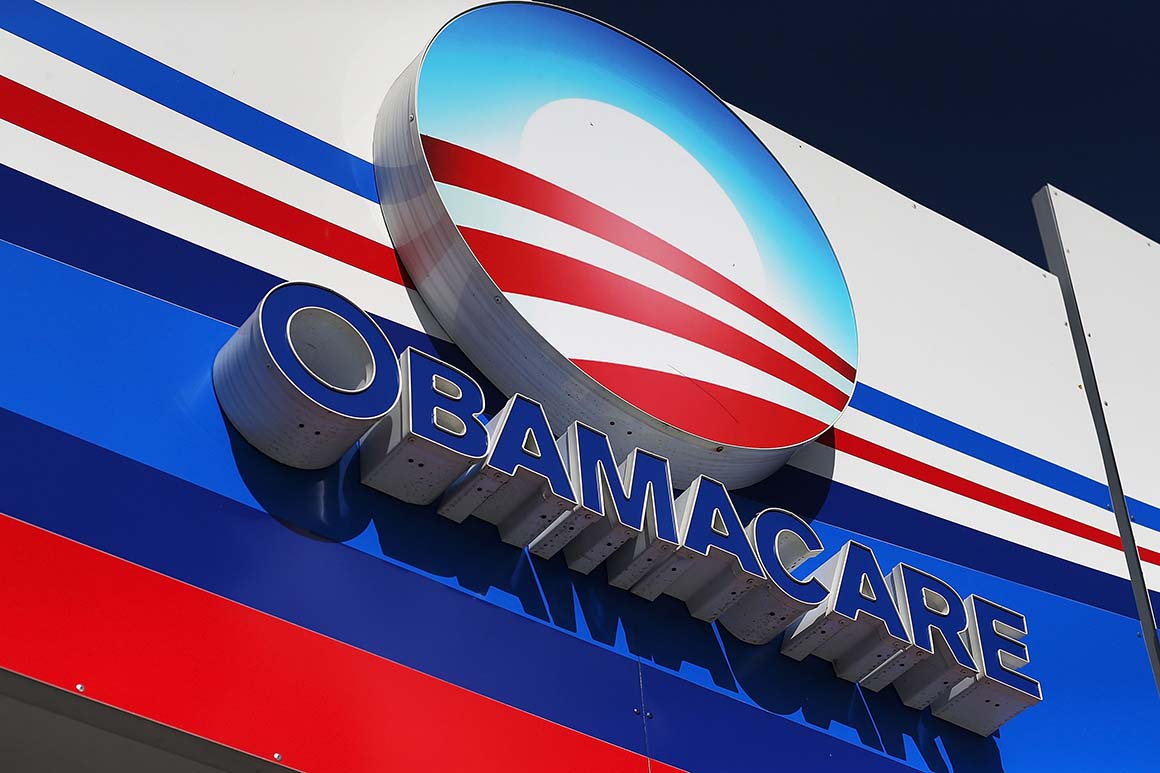 U.S. reports over 71,000 new coronavirus cases in one day, highest…

Expert takeaways from the final presidential debate: What you need…

Biden, at his own drive-in town hall on Thursday, likewise fielded worried questions from voters concerned about the fate of their health coverage. He talked about the ACA’s protections for pre-existing conditions in personal terms as he described his late son Beau Biden’s battle with cancer.

Biden also said he would “make sure that we reinstate the Affordable Care Act,” although he didn’t make clear exactly what he meant, since the law is still in effect. Trump has weakened it, partly by allowing people to get alternative health plans that are cheaper but with skimpy benefits that don’t meet Obamacare standards.

The presidential candidates’ rhetoric echoes the Obamacare messaging battle that’s raged across battleground districts for months. Democrats won the House in 2018 in large part because of their defense of the ACA, and this year they are replicating and updating that winning strategy for 2020.

Internal polling from the Democratic House campaign arm shows that defending coverage of pre-existing conditions is their most promising message in conservative-leaning competitive districts, including 41 districts that went for Trump in 2016. As an overall economic message, angst over high health costs also deeply resonates with voters, running a very close second to worry over small businesses trying to weather the pandemic-driven recession.

Both the Democratic Congressional Campaign Committee and Democratically-aligned outside groups are paying for TV ads focused on health care in nearly all their top targeted districts, especially red-leaning suburbs they’re trying to flip.

Republicans in close congressional races are staying largely quiet on Obamacare and pre-existing conditions, with memories still fresh of their party’s deep losses in the 2018 midterms. But a handful are on the defensive — running ads echoing Trump’s claims that the GOP will protect people with pre-existing conditions with or without the ACA and putting a personal spin on their promises.

Colorado Sen. Cory Gardner aired a TV spot this week featuring his mother, a cancer survivor, praising her son for “guarantee[ing] coverage to people with pre existing conditions forever — no matter what happens to Obamacare.”

Gardner and other incumbent senators in tight races voted to repeal the ACA without a GOP alternative that would have paralleled those protections — something they don’t mention in their ads.

Additionally, the bill Gardner is referring to is just one page, and experts say it would not prevent insurers denying coverage to people with serious health conditions or guarantee a set of minimum health benefits should the ACA fall in court.

Ads from other vulnerable Senate Republicans who voted to repeal Obamacare without a clear replacement include similar testimonials based on their family experiences.

In one of Georgia Sen. David Perdue’s ads that ran in August, his sister talked about surviving cancer and touted Perdue’s belief that “health insurance should always cover pre-existing conditions for anyone, period.” She added: “Anyone who says otherwise doesn’t know my big brother’s heart.”

In a recent spot for Sen. Martha McSally (R-Ariz.), a brain cancer survivor, says: “She’s fighting for what’s right when it comes to pre-existing conditions and making sure everybody has access to health care.”

Biden’s plan to expand the law with a public option is creeping into campaign messaging even for Democratic challengers in conservative states. Back in when Congress was considering the ACA in 2009, the public option was considered too radical to enact. Now it’s become the Democratic plan to build on Obamacare, a mainstream alternative to the government-run Medicare for all favored by the Bernie Sanders progressive wing.

“People also know how health care costs have gone up over years, and they are concerned about maintaining lower costs — which is why people are looking at a public option,” said Jill Schupp, a Missouri state senator who’s running against Rep. Ann Wagner (R-Mo.).

Schupp said she’s not shying away from talking about the public option and that the messaging is resonating with voters — particularly as so many people are unemployed. Missouri recently voted to expand Medicaid under the ACA.

There’s no full picture yet of how well Obamacare’s private health insurance exchanges have acted as a safety net during the pandemic as millions of Americans lost their jobs and their insurance. New analysis of U.S. Census Bureau data shows that the individual market hasn’t changed much — and health plans worry they could even see a shrinkage during November’s open enrollment period if people can’t afford Obamacare’s high-deductible coverage.

Biden, even as he touted the ACA’s patient protections for coverage, raised the public option as a priority addition to Obamacare, so that “nobody, nobody in the United States of America would go without being able to get covered for what they need.”

U.S. reports over 71,000 new coronavirus cases in one day, highest since July

Expert takeaways from the final presidential debate: What you need to know

Donald Trump: Why the COVID-19 crisis is so bad in US – ‘Trump not blameless’ | World | News

Best New Clothes to Buy at Zara For Fall 2020

Palm Fountain recognised as biggest in the world | News

U.S. reports over 71,000 new coronavirus cases in one day, highest…

GM sells out first year of production of its electric Hummer…

Winter Fuel Payment: How the DWP could assist Britons as the…

Nintendo is cutting the price of individual Joy-Con controllers by…

How to Retire in Spain | Baby Boomers