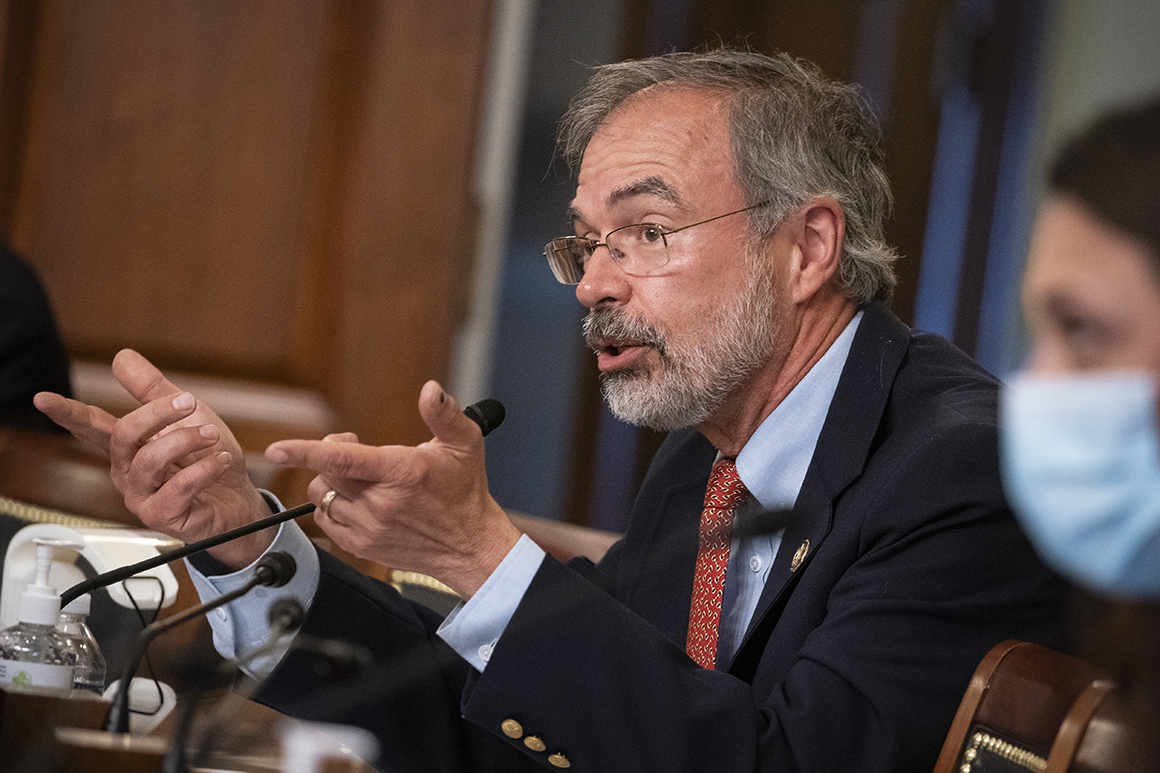 “My only hope was to volunteer my expertise to help America find our way out of this pandemic, as every American who has a skill set to offer hopefully should be willing to do,” Harris said in his statement.

Harris met NeuroRx’s CEO, Javitt, more than two decades ago when they worked together at Johns Hopkins University. Javitt was then a surgeon, while Harris specialized in obstetric anesthesiology.

The two have kept in touch over the years. Javitt, who donated $2,000 to Harris’s campaign in 2010, said he’d visited Harris at his House office in recent years to discuss NeuroRx’s other drug in development, for suicidal bipolar depression.

Javitt — who is also vice chairman of the board of directors at Relief Therapeutics, which holds the patent on aviptadil — told POLITICO that he selected Harris for the data committee because of the congressman’s experience in critical care settings. Javitt also said that the FDA signed off on the trial knowing that Harris would be involved with the committee.

The aviptadil trial started in May at four U.S. sites, and aims to enroll more than 100 participants. The FDA has granted the drug “fast track” status, which is designed to speed the availability of drugs to treat serious diseases. NeuroRx is also offering aviptadil through an FDA-approved expanded access program for hospitalized patients at the same sites in Houston, Kentucky, Florida and California that are hosting the current trial.

The data board that Harris is part of has already made at least one crucial decision — recommending in July that the trial continue after analyzing preliminary data from 30 patients, Relief Therapeutics said in press release this week.

FDA’s guidance for data monitoring committees recommends that at least one member is a “biostatistician knowledgeable about statistical methods for clinical trials and sequential analysis of trial data.” But neither Harris nor the other two members of the NeuroRx panel fit that bill.

Alfred Sommer is the dean emeritus of the Johns Hopkins Bloomberg School of Public Health, with training in ophthalmology and epidemiology. Rita Colwell, an aquatic biologist, led the National Science Foundation under presidents Bill Clinton and George W. Bush. She now holds joint appointments at the University of Maryland and Johns Hopkins.

Colwell told POLITICO that she had served on data monitoring committees for other clinical trials. Sommer and Harris had never done so before joining the NeuroRx panel.

But all three of the NeuroRx panel members have professional or personal relationships with Javitt. Sommer, the chair of the data committee, worked with Javitt at Johns Hopkins; the pair have known each other for about 40 years. Javitt met Colwell during her tenure leading NSF, when he was a fellow at the non-profit Potomac Institute for Policy Studies providing support to the agency.

“It seems like a strange collection of people and when you think about the documents this committee would need to review — are they going to understand the adverse event reports? You want them to be informed enough to ask questions on if the adverse events are caused by the drug,” said Leigh Turner, an associate professor at the University of Minnesota Center for Bioethics.

In some cases, the data monitoring board for a trial would be faced with deciding whether to stop that study. “You don’t want three well-intentioned friends being spoon-fed information from the trial and who can’t look at it critically,” Turner added.

Ellenberg — who wrote the FDA guidelines for data monitoring committees while on staff at the agency — echoed those concerns. “Neither Harris nor Colwell is known for clinical trials expertise,” she said. “Members of a DMC should all be very familiar with clinical trials.”

Javitt said that an outside biostatistician is working with the committee, but is not a member of it. He also downplayed the panel’s role in the trial. “Unless there are unexpected severe adverse events to take action on, the committee doesn’t have much to do,” he said.

Asked specifically about the unusual decision to include a sitting member of Congress on the data monitoring board, Javitt said it shows Harris’ commitment to fighting the coronavirus and finding effective treatments.

Holly Fernandez-Lynch, an assistant professor of bioethics at the University of Pennsylvania’s Perelman School of Medicine, said there is no shortage of specialists in critical-care medicine who have the biostatistics skills to serve on a Covid-19 drug data monitoring committee.

“Other COVID drugs — and there are many under study — presumably have done so without going to members of Congress,” she said.

Walter Shaub, the former director of the Office of Government Ethics, said “it’s concerning” that Harris is involved with a company regulated by FDA, given his position on the House appropriations subcommittee that controls the agency’s purse. “FDA officials may feel nervous about holding the company to high standards if a member of their appropriations subcommittee is involved in the trial,” he said.

Still, Harris’s involvement with NeuroRx does not appear to violate House ethics rules.

“The only thing that’s prohibited is outside earned income,” said Richard Painter, the former chief ethics lawyer for President George W. Bush who is now a law professor at the University of Minnesota. “House ethics rules are pretty loosey goosey.”

But Henry Greely, a law professor and chair of the steering committee of the Center for Biomedical Ethics at Stanford University, saw no obvious problems arising from Harris’s work with NeuroRx.

“It’s strange but I don’t think it’s an ethical issue unless Harris tries to use his influence with FDA on behalf of the company,” Greely said. “It would be a closer question for me if he were somehow generally advising the firm, but a [data monitoring board] has a pretty discrete and specific task.”

Uzbek base that housed U.S. troops allegedly had “7 to 9 times higher than normal” radiation, yellowcake uranium

Is the rise in U.S. COVID-19 cases because of testing? It’s not that simple, doctors say

U.S. Senate set to confirm Barret despite calls for Pence to skip over COVID-19 risk

Uzbek base that housed U.S. troops allegedly had “7 to 9…

Is the rise in U.S. COVID-19 cases because of testing? It’s…

Tools Made by Some of North America’s Earliest Inhabitants Were…

Council tax rate: What council tax band am I? How to check |…