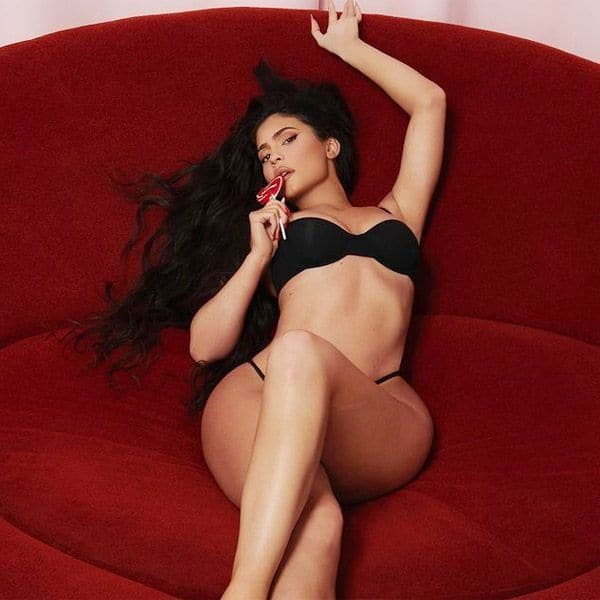 Kylie Jenner’s estimated worth is USD 900 million. Now, that is a freaking amount of money. But people are upset with the stance of the lady, which they feel is not at all philanthropic given the kind of moolah she has. ICYMI, the lady took to social media to raise funds for her friend, makeup artiste Samuel Rauda. He suffered a bad accident after he was thrown from a moving vehicle. He has got eight stitches on his brain. Kylie Jenner has donated USD 5,000 for his treatment. But the fact that the lady who is a millionaire is asking people to raise USD 60,000 for her friend has left people wondering if true charity even exists. This is how people reacted on social media…. Also Read – Urvashi Rautela does a Kylie Jenner with this sexy fringe dress, and we can’t decide who wore it better — view pic

Kylie Jenner, who makes $19K/hr asking for $$$ from her fans to help her make up artist pay for a $60,000 surgery, is an excellent example of why we need universal healthcare. Even billionaire employers like Kylie and Walmart aren’t willing to pay for their employees’ healthcare.

How in the cinnamon toast fuck is Kylie Jenner asking for donations for her make up artist when she’s a goddamn billionaire. Is that broad for real

It’s not even about the fact that she won’t pay for the surgery herself. Every single last one of Kylie Jenner’s sisters is a millionaire. Her parents are millionaires. Her friends are millionaires. But she asked the MIDDLE CLASS for money. This family…… pic.twitter.com/zFqeeBvuY3

And then when her stylist got into a car accident and needs $60k emergency brain surgery,
she STARTED A GoFundMe and only donated $5k.

Kylie Jenner asking for people to donate to a GoFundMe after her make up artist was in a car accident is a TOUGH look. The pajamas she woke up in are probably worth 60k

I hope this Kylie Jenner situation makes it very clear that when the Kardashians act like they “donate behind the scenes” and “do good that we don’t see,” it’s simply not true. They don’t donate shit, I promise.

Kylie Jenner can go fuck herself.

Kylie Jenner, a billionaire whose toddler has purses from Hermès, Chanel, and Vuitton, wants you to donate the $60k her makeup artist needs for brain surgery pic.twitter.com/t0hjcscNkS

Weird seeing some people defending billionaire Kylie Jenner, who makes $450,000 a day, creating a Go Fund Me asking her fans for $60,000 to help her pay for emergency surgery for her makeup artist when she can literally pay that for him in less than 10 seconds flat. ?

We can see that people are in disbelief over what Kylie Jenner has done right now. This has reaffirmed the need for a stronger healthcare system. We wonder how the Kardashian family will react to this. Also Read – Kylie Jenner sparks hilarious memes over her shower picture – read tweets