Kim Kardashian had recently shared a painting that her 7-year-old daughter North West had painted. Many people appreciated the amount of hard work that went in the making. Proud mother thanked them for their best wishes. However, there were some people who expressed a doubt that the seven year-old had made it. Kim has now lashed out at trolls sending a strong message for the doubters. Also Read – Kim Kardashian mulls over divorcing Kanye West? — here’s what we know

“My daughter and her best friend have been taking a serious oil painting class where their talents and creativity are being encouraged and nurtured. North worked incredibly hard on her painting which took several weeks to complete. As a proud mom, I wanted to share her work with everyone. I’m seeing op-ed pieces in the media and social media from grown adults breaking down whether or not my child actually painted this!” Kim wrote on Instagram stories. Also Read – Kanye West publicly apologises to wife Kim Kardashian after ‘divorce’ and ‘abortion’ comments; says, ‘I hurt you; please forgive me’ 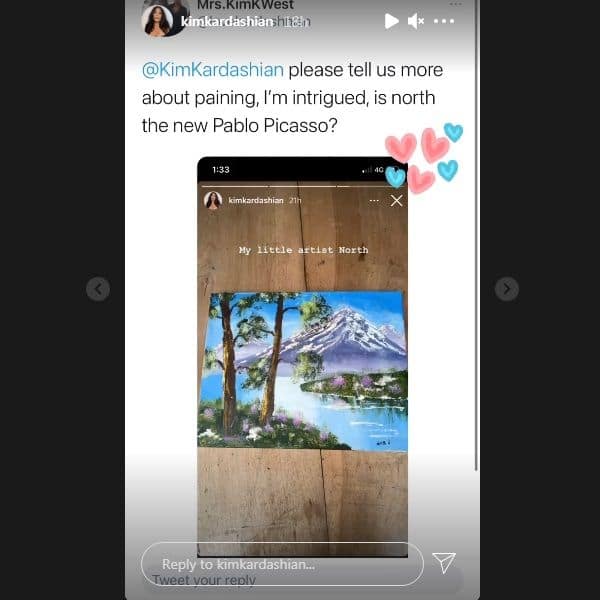 She added, “How dare you see children doing awesome things and then try to accuse them of NOT being awesome!?!?! Please stop embarrassing yourselves with the negativity and allow every child to be great!!!” 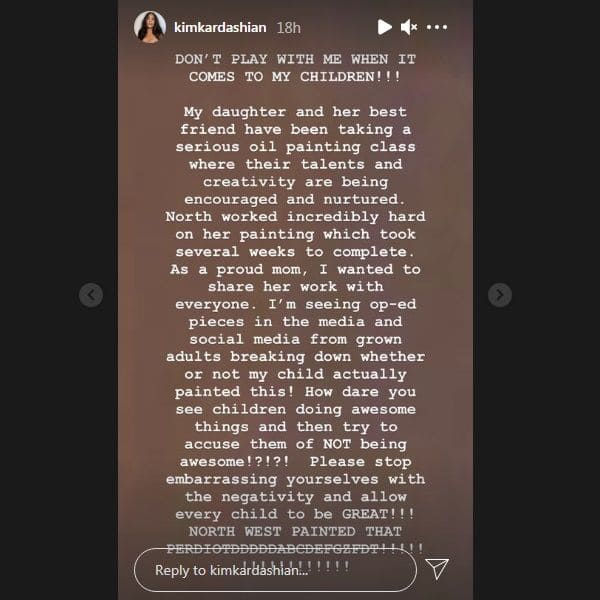 Meanwhile, as divorce between socialite Kim Kardashian and rapper Kanye West draws closer, reports suggest that the estranged couple has cut off all communication. Although divorce is yet to be finalised, the two have already started moving on with their lives.

“She (Kim) is trying to stay strong and move on with her lie, completely official in her mind,” a source tells eonline.com, adding that Kim is waiting to make an official announcement once legalities are finalised.

“Kanye is also completely done with the marriage and is moving on. He doesn’t care what Kim’s priorities are with holding off on a divorce announcement,” a second source explains. “He will file before she’s ready if he has to. He wants the divorce just as much as Kim does,” the source adds.

The two were reportedly not on talking terms, before Kanye decided to move out of the house. Kim and Kanye got married in 2014 and have four children, North, Chicago, Psalm and Saint West.

Ancient Conch Shell Horn Plays Its Tune for the First Time in 18,000 Years – Hear It Here