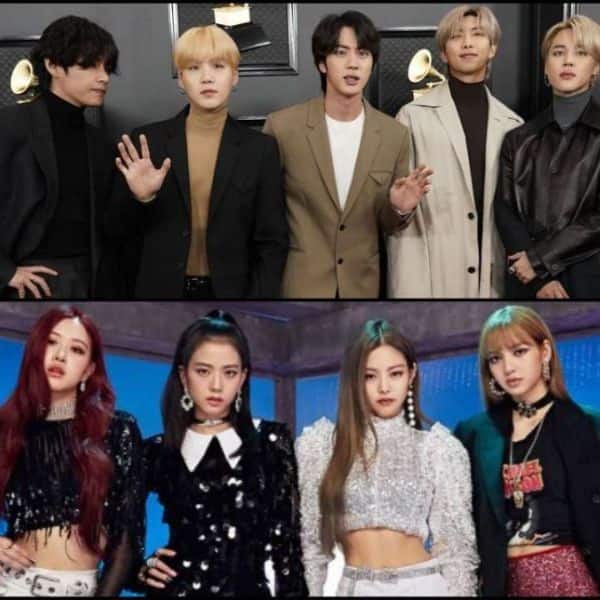 K-Pop is all the rage these days and can be evidenced by how their bands are ruling international charts these days, in case you need further proof. It has been revealed that BTS and Blackpink, two of the biggest K-Pop bands, have now entered the top ten of Billboard’s Global 200 chart, with their songs, Dynamite and Ice Cream respectively, proving once again how popular these bands and their music have become worldwide, given that it’s impossible to enter the Billboard charts, and that, too, as high as in the top ten, a first for both musical groups. Also Read – BTS band member Jin recalls old-struggling days; says, ‘There used to be a limit on what we could eat’

The entry to the charts has been calculated on worldwide streams and download sales of their songs as per the Billboard Global 200 and Billboard Global Excl US, too, which will be announced every week. On 14th September, Billboard Global 200 declared its first list, introducing BTS’ latest track, Dynamite, slotting in as high as the second spot, just below Cardi B’s WAP, which has grabbed pole position. Dynamite’s runner-up position comes on the back of 83.4 million streams of which 36,000 were sold as per the Billboard website. Meanwhile, on the inaugural Billboard Global Excl US chart BTS’ Dynamita again came it at the second spot with 70.9 million streams, of which 15,000 were sold, this time just trailing Maluma’s Hawai at first place. Also Read – BTS Army rejoice! BigHit Entertainment drops the title and release date of the new album, Dynamite

Coming to K-Pop band Blackpink’s Ice Cream, for which they collaborated with Selena Gomez, it was ranked eight on the Billboard 200 and sixth on the Billboard Global Excl US chart. In his official statement, Silvio Pietroluongo, Billboard senior VP, Charts and Data Development, said, “Billboard and MRC Data are proud to present charts that are reflective of a world view and we are committed to the continued expansion of territories and digital service providers contributing to the global charts to further expand that reach.” Also Read – K-pop group BTS grooves to Salman Khan-Sushmita Sen’s ‘Chunari Chunari’ and we are watching it on loop — watch video

Moment to rejoice for all BTS and Blackpink fans out there.

Nicole Scherzinger, 42, displays her hourglass curves in a barely there bikini while…