Jessica Walter of Arrested Development fame passes away at 80 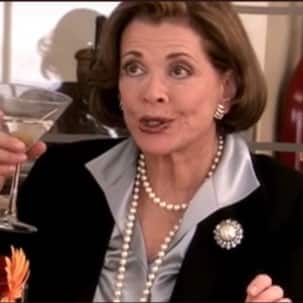 Emmy-award winning actress Jessica Walter is no more. She has died at the age of 80. The news was confirmed by her daughter, Brooke Bowman. She said, “It is with a heavy heart that I confirm the passing of my beloved mom. A working actor for over six decades, her greatest pleasure was bringing joy to others through her storytelling both on screen and off.” The lady is known across American households as the ciy matriarch Lucille Bluth in the sitcom, Arrested Development. The show ran in the 2000s. In the 1970s, she had won an Emmy for her role of a detective in the police drama, Amy Prentiss.

Remembering her illustrious mom, Brooke further wrote, “While her legacy will live on through her body of work, she will also be remembered by many for her wit, class and overall joie de vivre.” The report mentions that Jessica Walter peacefully passed away in her sleep. Jessica Walter has worked in many TV dramas and sitcoms in her long career. In the year 1971, she also got a Golden Globe nomination for the movie Play Misty for Me. She worked with Clint Eastwood. She was also a part of the mammoth hit, The Big Bang Theory.

#RIP Queen of Comedy & Acting Legend #JessicaWalter age 80! What a career & by all accounts an absolute Delight to work with! I’ve loved her since the early unforgettable & chilling thriller “Play Misty for Me!” Clint Eastwood’s 1971 Directorial Debut. Epic Loss. Hollywood Icon. pic.twitter.com/sRF8BxmrOI

What a brilliant, funny, intelligent and strong woman. RIP Jessica Walter, and thank you for a lifetime of laughs and for sharing your incredible talent on our show and with the world. #jessicawalter

R.I.P. #JessicaWalter One of the funniest people I ever had the privilege to work with pic.twitter.com/D2H7A0MgCD

Here – she talked about her favorite Arrested Development scenes…
pic.twitter.com/TEvg514jCd

RIP #JessicaWalter — thank you for all your amazing “Arrested Development” one liners and making people laugh. What an icon. pic.twitter.com/vbccPubCty

Saddened to hear about the passing of the amazing talented and feisty #JessicaWalter. I was lucky to work with her on a film where she played my mother. She was a force of nature. One of the greats. ?

Jessica Walter. FUCK! I just emailed you this morning. I love you. I miss you. You were a highlight in my career, my life. I am so grateful to have treaded boards, and the earth, with you. That voice. That laugh. Those looks. You will be missed. ???? #JessicaWalter pic.twitter.com/uGnTt6Gs9r

We can see that rich tributes are pouring in for the legendary actress. Her comic timing and warmth will be remembered by one and all.