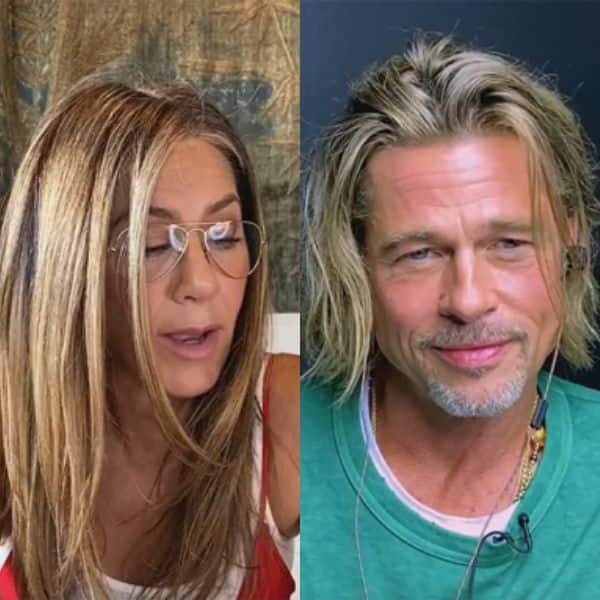 Sacha Baron Cohen’s Subsequent Moviefilm Is a Return to…

Are you read for Brad Pitt and Jennifer Aniston’s big onscreen reunion (we’re not counting the cute moment they shared backstage at the SAG Awards earlier this year)? The former couple sat down for a reading of cult 1982 teen comedy, Fast Times At Ridgemont High. along with fellow Hollywood A-listers Sean Penn, Julia Roberts, Shia LaBeouf, John Legend and Matthew McConaughey, with the narration been done by Morgan Freeman. (Among them, only Penn was a part of the film’s original cast.) Anyway, a moment in the video when Jen addresses Brad has caught everyone’s fancy, going viral like nobody’s business. Also Read – Jennifer Aniston tells Brad Pitt, ‘I think you’re so sexy,’ and he can’t sop blushing — watch video

After, Morgan Freeman narrates a raunchy sequence (the movie was an adult comedy, centred on lascivious teenagers), Jennifer Aniston reads her lines addressing Brad Pitt, where she says, “Hi, Brad. You know how cute I always thought you were. I think you’re so sexy. Will you come to me?”, having her former husband blushing to glory, and the rest of the celebs in frame laughing away to glory both at his reaction and no doubt Freeman’s subtly sardonic narration. Brad then reads his part and says, “Wait…just a…a minute.” Watch the adorable segment below: Also Read – Brad Pitt and Angelina Jolie’s custody battle gets ugly after latter claims the presiding judge has a relationship with the Se7en actor

HOW IS THIS REAL IM SCREAMING pic.twitter.com/dnGsCmYtvS

Earlier, Aniston had opened up about the reunion of her superhit, cult TV sitcom, Friends, where she had said, “It’s going to be super. You know what? This has also given us more time to make it even more exciting and more fun than it would have been. So I choose to see it as the glass is half-full that it got postponed. Look, we’re not going anywhere. You’re never going to get rid of Friends, sorry. You’re stuck with us for life guys.” Also Read – From Tom Cruise shooting in space to Brad Pitt remarrying Jennifer Aniston — meet the biggest Hollywood newsmakers in the first half of 2020

So, wasn’t that video something?

Ruth Bader Ginsburg’s iconic quotes on law, love and the fight for equality