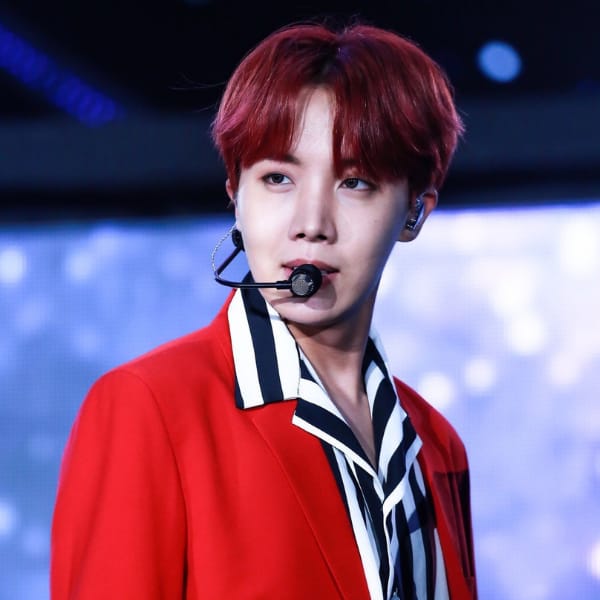 ‘Tis first of April today and BTS’s J-Hope aka Jung Ho-seok shared a flaming red hair picture on the Weverse app. It seems he was trying to fool the ARMY but ARMY is too smart. J-Hope later went on to shared a picture of his forehead and captioned the post saying that he cannot even put a proper selfie. Fans were quick to point out that J-Hope was just messing around and that he hasn’t really dyed his hair red. Some members of the ARMY had a meltdown seeing J-Hope’s red hair and were stoked, thinking that he has truly dyed his hair. However, they were quick to realise that he was fooling them and pointed it out and began a trend called ‘all men do is lie’ on Twitter. First thing first, have a dekko at the selfie video of J-Hope that he shared on Weverse here: Also Read – BTS creates history again; after Grammy, becomes first Korean artist to bag BRIT Awards 2021 nomination

all men do is lie https://t.co/n7ToypNK1f

Hobi was seen pulling different antics on AMRY and Jin added to it by commenting on the post saying, “Gasp, j-hope you kept hitting your head with tomatoes it’s because to dye your hair!” This made fans think that J-Hope may have actually dyed his hair red. But Soon the Chicken Noodle Soup singer shared a snapshot of his calendar app and said, “For April 1.” Fans were pretty disappointed on learning that he was just fooling due to April Fool’s. Have a dekko at the mayhem on social media after Hobi’s post here: Also Read – BTS’s Dynamite equals Psy’s Gangnam Style’s Hot 100 Billborad Longevity record

J-Hope posted on Weverse saying he dyed his hair red??‍♀️ But later on he posted a calendar app which shows April 1. He tried to fool us because its APRIL FOOLS DAY?? pic.twitter.com/MgY3nkthYv

Oki j-hope I understand nahhh it’s April fools ?so this is not true but still I was so excited and I like ur hair when you dye it red??#AprilFoolsDay #BTS_twt pic.twitter.com/utmhValxOf

all men do is lie. J-Hope ?i thought u were different..,,

In an interview when someone asked how they tell their clothes apart. J-Hope said he put stickers (cue sticker sound and hand gestures). Jimin said, “we have different clothes.” All men do is lie. ?

All men do is lie https://t.co/kVrhRPI67B

ALL MEN DO IS LIE https://t.co/irVUz8B6WL

all men do is lie: a story in 4 pic pic.twitter.com/iGpzcgEdV4

Last month J-Hope penned a heartfelt note as Hope world Mixtape completed three years of its release. He said, ““It’s March 2. It has been three years since the Hope World mixtape came to life. Back then, I think I was in a rush to let everyone hear my music. So I let creativity take over and let my body do whatever it wanted to do. I remember, I wrote whatever came to mind as it did. Now that I listen and look back, I feel a little embarrassed about it. Haha.” Also Read – Trending Entertainment News Today: Ayyappanum Koshiyum’s Telugu remake, Kareena Kapoor in shock, Jin and Jimin’s car karaoke

Releasing the Blue side of the mixtape he said, “But I know that the courage and the mindset I had back then is what led to the birth of the mixtape that is Hope World. Sometimes I miss those times. The times when I was an innocent boy, putting out string of music about whatever was on my mind. And that sentiment is probably why I decided to complete Blue Side.”