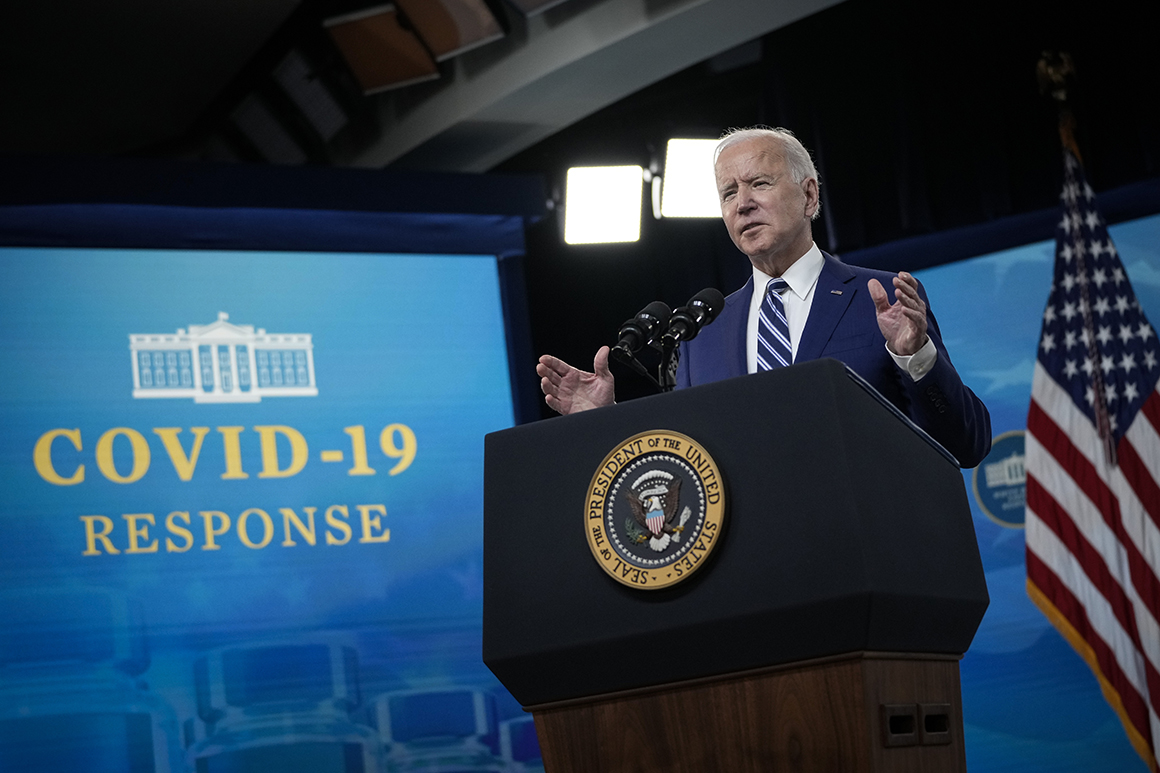 The number of new cases jumped by 11 percent over the past week to a seven-day average of about 60,000 cases, according to an interagency memo dated March 29 and obtained by POLITICO. Nationally, the number of new Covid-19 hospital admissions and currently hospitalized patients both increased by 4 percent, said the memo, which is based on data from the Centers for Disease Control and Prevention.

By comparison, a memo dated March 11 reported that the country’s seven-day average test positivity was at its lowest value since the beginning of the pandemic — 4.2 percent. And the seven-day daily average of confirmed Covid-19 hospital admissions had decreased by 13 percent from the week prior.

By March 24, the 7-day average number of new cases increased by 3 percent and hospital admissions dropped again by 4 percent.

Signs that the country has begun to lose ground against the virus prompted emotional remarks from CDC director Rochelle Walensky at a White House briefing on Monday morning. Walensky said she felt “a sense of impending doom” and told Americans, “Right now, I’m scared.” The visibly shaken CDC director added: “I’m asking you to just hold on a little longer, to get vaccinated when you can.”

Walensky and other top federal health officials said it is too early in the vaccination push to relax social distancing and safety guidelines.

“We have flattened out at a plateau. And in the press conference we were saying that we got to be careful because when you hit a plateau, it’s often a forerunner of starting edge up. Now, we are at over 60,000 cases a day. That’s a red flag,” Biden’s chief medical adviser, Anthony Fauci, told POLITICO.

“A lot of states and cities are pulling back on mask mandates. And what we’re really trying to say is just hang on a bit longer,” he added. “The more you hang on, and don’t just throw caution to the wind, the better chance there is of preventing a surge of cases.”

Their warnings came as Biden announced his administration would more than double the number of pharmacies administering coronavirus vaccines, to 40,000 nationwide.

The expansion could mean that 90 percent of Americans will have access to coronavirus vaccines in a matter of three weeks. Ninety percent of American adults will also be able to get their vaccines within five miles of where they live, the president said.

The promise could go a long way in removing hurdles for hard-to-reach and skeptical people to get vaccinated.

“It’s a big country, and as fast as we are going, we still have a long way to go to finish this vaccination effort,” the president said in a speech. “But being at 90-90 just three weeks from today should give hope to the country.”

He added that a “new record” of 30 million coronavirus vaccine doses were allotted to states this week. By comparison, just over 23 million were available the week of Mar. 19.

The emphasis on pharmacies comes as their collective doses administered has far outpaced mass vaccination sites the administration has set up across the country, POLITICO reported Monday morning.

Nearly 40,000 pharmacies across the country will be on board to deliver vaccine doses compared to 17,000 earlier. There are 21 pharmacy chains in the government’s vaccination program. The administration will also expand a network of 21 mass vaccination sites run by the Federal Emergency Management Agency, adding 12 new hubs.

The government has already shipped millions of doses to the FEMA-run mass vaccination sites. The sites administered 67,000 shots a day in recent weeks, according to a series of internal FEMA briefing documents and data sets obtained by POLITICO. But federal data shows that the retail pharmacy program rather than the mass sites strategy could reach many Americans faster, four people familiar said.

“A lot of pharmacies are sitting with waitlist of patients that they’re now going to be able to fulfill,” said Kurt Proctor, senior vice president of strategic initiatives at the National Community Pharmacists Association. “Some states have engaged pharmacies and then pulled back from that to mass events or hospitalized kinds of approaches. I hope that states recognize what the Biden administration is recognizing.”

The White House said in a statement with Biden’s announcement that the mass vaccination sites will be able to administer about 79,000 shots a day once they are at full capacity.

The president also announced Monday that the government will allot nearly $100 million towards helping at-risk adults and those with disabilities get the vaccine. The funds will expand the Health and Human Services Department’s assistance and be ready in around two weeks.

That funding could be critical for helping homebound people and others without the means to get to a pharmacy, even one five miles away. Even a few miles can be an insurmountable distance for people without reliable transportation, or those who cannot take time off during pharmacy hours to get their shots.

Biden also acknowledged the need to focus on these populations as distribution continues, saying HHS funding would go towards transporting people to get their vaccines. “Neighbors helping neighbors: What a truly American effort.”

David Lim contributed to this report.

How Transgender Activist Madison Werner Shops For Her Closet