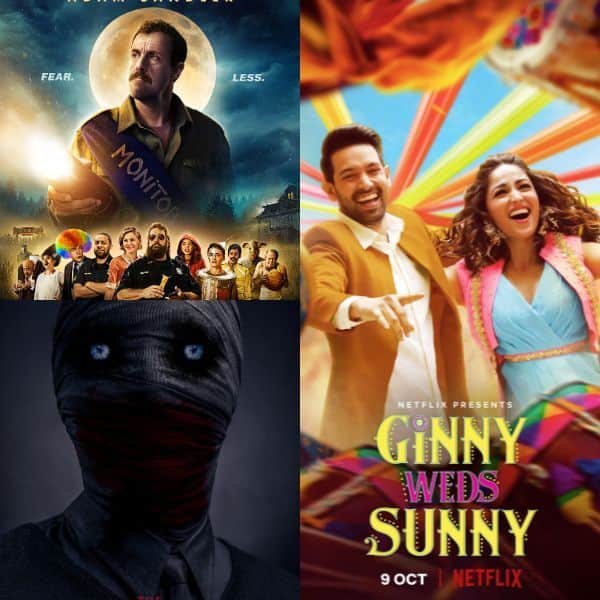 Liam Neeson Looks Back at His Breakout Excalibur Role 40 Years…

As we embark on another week, we know that all our binge-watchers out there are interested in one thing and one thing alone: What’s coming to OTT platforms and especially, what’s on Netflix – the treasure trove of all things OTT. So, in case you’re wondering what to watch on Netflix this week, worry not because we’ve got you covered with all the latest web series and web movies coming your way on the world’s largest streaming service, guaranteed to give you your entertainment fix. So sit back, relax and enjoy as we’ve taken it upon ourselves to filter the most promising of the lot, bring you five web series and web films that have or are releasing across these seven days on Netflix, perfect for your binge-watching needs. Also Read – What to Watch on Netflix this Week: Hubie Halloween, The Haunting of Bly Manor, Ginny Weds Sunny – 5 OTT titles to satiate your binge-watching urge

A horror-comedy that focuses on a group of teenagers are forces to band together and protect their decrepit Bronx neighbourhood, after it’s invaded by a bunch of vampires. Also Read – Akshay Kumar BEATS Jackie Chan and Will Smith to grab 6th position in the Forbes highest paid actors’ list

Adam Sandler co-produces, co-writes and stars as the eponymous oddball who has to convince his townsfolk that this Halloween, someone or something very dangerous is loose among them. Sandler’s long time friends and co-star, Kevin James, is a part of the cast, too. Also Read – RIP Cameron Boyce: Adam Sandler and others mourn the sudden death of the actor

When a 40-year-old playwright realises her career is going nowhere after turning 40, she decided to reinvent herself as a rapper, a profession in which she tastes unprecedented success. This Netflix movie won the award for best US Dramatic Direction at this year’s Sundance Film Festival, held in January 2020.

The team that brought you Netflix’s runaway hit (including most of the cast) returns for another ghostly retelling of a classic gothic tale, this time focusing their efforts on adapting Henry James’s classic 1898 novella, The Turn of the Screw, to a modern setting.

Vikrant Massey and Yami Gautam star as the eponymous characters in this rom-com, where the former teams up with the latter’s mother to win her over.

Nicole Scherzinger, 42, displays her hourglass curves in a barely there bikini while…

“Super puff” exoplanet is as big as Jupiter but 10 times lighter, confusing astronomers

Biden arrives in Washington on eve of inauguration

Liam Neeson Looks Back at His Breakout Excalibur Role 40 Years…

Controlling the Nanoscale Structure of Desalination Membranes Is…

“Super puff” exoplanet is as big as Jupiter but 10…

The Meaning Behind Kamala Harris’s Coat at COVID-19 Memorial

Biden arrives in Washington on eve of inauguration