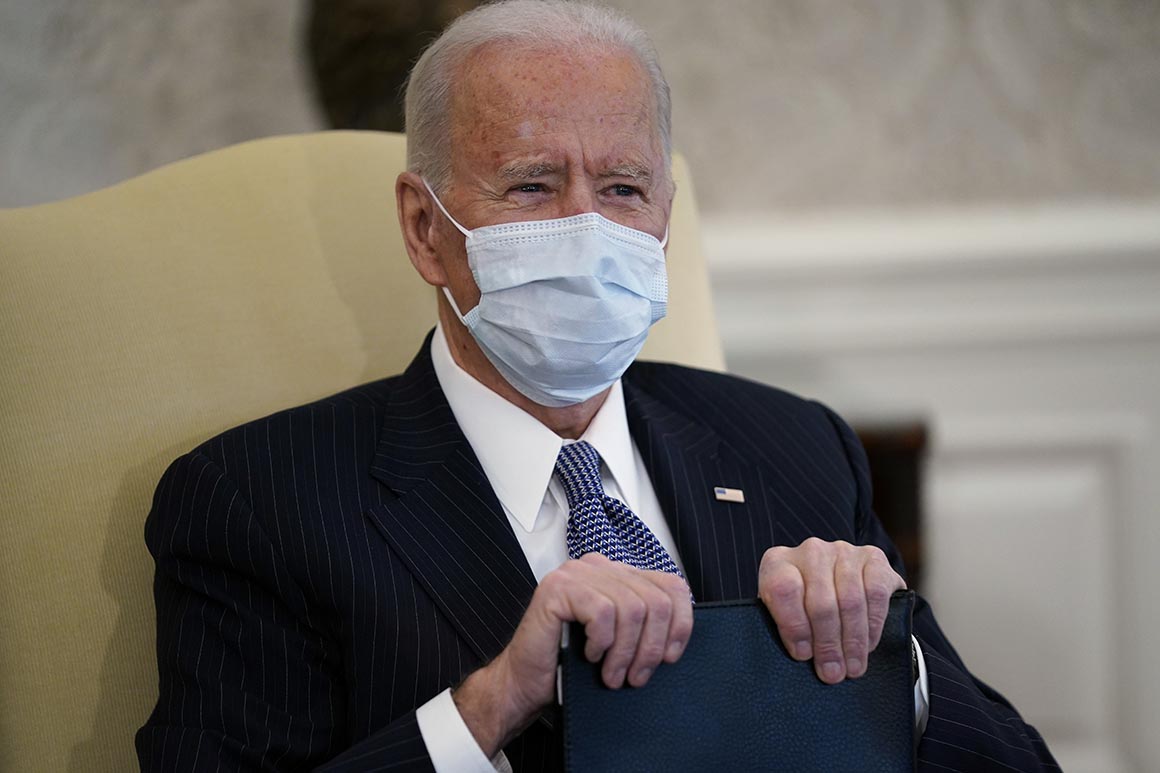 She is well-regarded by the Biden team and received high marks for helping lead the transition’s health care work. Though Cohen has support from a coalition of former Obama officials, including some now serving in the Biden administration, she is currently not considered the favorite for the job, two sources said.

Health care advocates say there’s urgency for Biden to install a CMS administrator and fill out political appointments at the agency, even as the pandemic response dominates his immediate agenda. They worry further delay could mean months before the Senate approves his eventual nominee for CMS administrator, given the need to confirm other Cabinet posts.

“I think there’s a need to get people into those positions as soon as possible because there’s so much work to do,” said Judy Solomon, a health policy expert at the left-leaning Center on Budget and Policy Priorities.

However, people familiar with the Biden team’s discussions said they don’t appear to be in a rush to declare a nominee for CMS administrator, because they are focused on the pandemic and getting Senate confirmation of Biden’s nominee for health secretary, Xavier Becerra. The sources also cautioned that additional candidates could still be considered. The White House declined to comment.

Biden has begun to put his Obamacare agenda into motion, reopening the law’s health insurance markets later this month and ordering a review of the previous administration’s policies Democrats regarded as “sabotage.” But health care policy experts said it will take longer to unwind Trump’s conservative initiatives, like the first-ever Medicaid work requirements, and imprint Biden’s own priorities on CMS without his appointees in place. Biden has also not named other political appointees to CMS who won’t need Senate confirmation.

The CMS administrator is one of two major health care posts that Biden has yet to fill. Biden also has not named a commissioner of the Food and Drug Administration, amid a broad internal debate over who should lead an agency central to his administration’s pandemic response. Biden’s health care picks are also still awaiting Senate review, including Becerra and Surgeon General nominee Vivek Murthy.

The top CMS job is one of the most consequential health posts in any administration. It oversees coverage for roughly 150 million people enrolled in Medicare, Medicaid and the Affordable Care Act, and it sets policies on everything from drug costs to physician payments. The agency also played a prominent role in the Trump administration’s pandemic response, expanding telehealth coverage and tightening rules for a nursing home industry hit hard by the virus.

Brooks-LaSure, who did not respond to a request for comment, is now a managing director of the consulting firm Manatt Health. When she served at CMS during the Obama administration, she helped launch the Affordable Care Act and was deputy director of the agency’s health insurance office. She previously worked on the ACA’s drafting as a staffer on the House Ways and Means Committee, where she forged strong working ties with Becerra — who at the time was a member of the panel.

Cohen has long been in the discussion for the CMS job. Like Brooks-LaSure, she’s familiar with the inner-workings of CMS, having served as the agency’s chief operating officer and chief of staff during the Obama administration.

Cohen over email declined to comment. “[N]othing to add other than Chiquita is terrific,” Cohen wrote.

Without a permanent leader at CMS, longtime career official Elizabeth Richter, and her deputy Jeff Wu, are serving as acting heads. Former colleagues praised their work, but they noted that acting officials have limited authority — and political heft — to speed through a president’s agenda.

An executive order Biden signed last week indicated his administration will review Trump-approved policies allowing some states to mandate certain Medicaid enrollees work or volunteer as a condition of coverage. Democrats, who argue the rules create unnecessary barriers to care for vulnerable populations, are urging the administration to revoke those approvals in the coming weeks before the Supreme Court is set to consider the validity of work rules during a March 29 hearing. It’s possible the Supreme Court case would become moot if Biden cancels the work rules.

But sources stressed much of the agency’s regular work could continue as normal. CMS previously has gone long stretches without a confirmed leader.

On Biden’s direction, CMS will soon launch a new three-month Obamacare enrollment period to make it easier for uninsured people to get coverage during the pandemic. The agency has said it will run a $50 million outreach campaign to promote the enrollment season — or five times what the Trump administration spent on enrollment outreach each year.

Other Trump rollbacks that would come out of CMS could take more time. Biden has also instructed his administration to reverse Trump’s expansion of short-term health care plans, which typically don’t cover preexisting conditions, and so-called association health plans that let business band together to purchase coverage. Democrats see both plans as an end-run around the ACA and its coverage rules.

“You need to have more people in the building for sure,” said Leslie Dach, an Obama-era HHS official who now chairs the pro-Obamacare group Protect Our Care. “There’s a huge amount of work that comes from there and will come from there in this administration.”

As Oceans Warm, Large Fish Struggle to Extract the Oxygen They Need From Their Environment