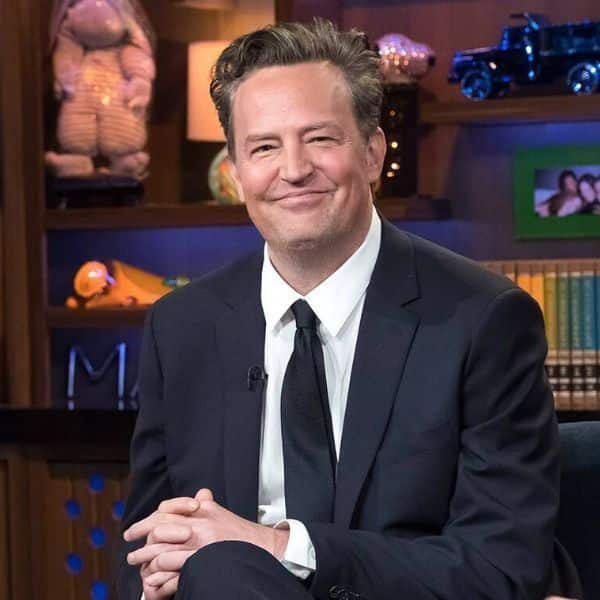 Some good entertainment news has come in for all Friends fans out there. Matthew Perry, who played Chandler Bing on the superhit sitcom, revealed to People magazine on Thursday, 26th November, that he’s engaged. The 51-year old actor has been dating 29-year old literary manager Molly Hurwitz since 2018. While talking to People magazine, Matthew said, “I decided to get engaged. Luckily, I happened to be dating the greatest woman in the face of the planet at this time.” Earlier, Molly had revealed that the two were dating in a Valentine’s Day Instagram post, where she had written: “Second year being my valentine, but his first as an Instagram influencer. HVD to my favourite.” Also Read – FRIENDS star David Schwimmer feels Ross could have dated more women of all races

Coming to the long-awaited Friends reunion, Matthew Perry had tweeted earlier this year: “Friends reunion being rescheduled for the beginning of March. Looks like we have a busy year coming up. And that’s the way I like it!” Check out his tweet below: Also Read – Friends star Matthew Perry back ‘into online dating’ after break-up with Molly Hurwitz

Friends reunion being rescheduled for the beginning of March. Looks like we have a busy year coming up. And that’s the way I like it!

Prior to that, Jennifer Aniston aka Rachel Green had also opened up about the Friends reunion. “It’s going to be super. You know what? This has also given us more time to make it even more exciting and more fun than it would have been. So I choose to see it as the glass is half-full that it got postponed. Look, we’re not going anywhere. You’re never going to get rid of Friends, sorry. You’re stuck with us for life guys,” she had told Deadline magazine. Also Read – Lockdown diaries: ‘Friends’ star Matthew Perry tries nude eating

Congratulations to our Chandler Bing. We can’t wait to now hear when he’ll be tying the knot.