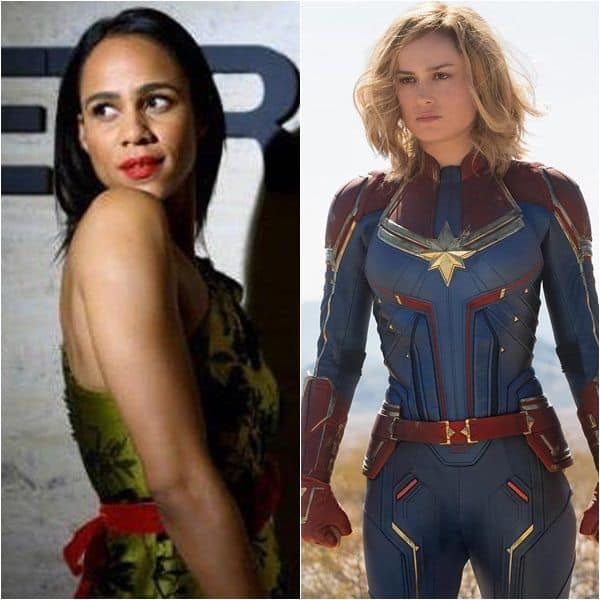 Actress Zawe Ashton, who is known for her roles in Channel 4 comedy drama Fresh Meat and Not Safe for Work, has joined the Marvel Universe with a meaty role. She has been roped in to play the villain in Captain Marvel 2. She will fight it out with Brie Larson’s Captain Marvel. Nia DaCosta is directing the film, which will be a follow-up to the 2019 blockbuster Captain Marvel. Megan McDonnell, a story editor on the series WandaVision, has written the script. Also Read – ‘I struggled with feeling ugly and like an outcast for so much of my life,’ says Captain Marvel actress Brie Larson

At the moment, it is unclear as to what role Ashton will play in the film, but several sources state that she has been roped in as the main villain. Along with Larson, the cast will include Iman Vellani, who is reprising her role as Ms. Marvel from the upcoming series of the same name, and Teyonah Parris as Monica Rambeau from WandaVision. Captain Marvel 2 is slated to release in theatres on November 11 next year, reports variety.com. Also Read – Avengers’ stars defend Chris Pratt after he’s called ‘worst Chris’; Twitter users call them out for remaining silent when Brie Larson was harassed

Captain Marvel broke ground as the first entry in the Marvel Cinematic Universe to spotlight a female superhero. It was a commercial success, grossing more than $1.1 billion at the worldwide box office. The first part was directed by Ryan Fleck and Anna Boden. Also Read – Oscars 2020: Brie Larson’s video of Taika Waititi hiding his Oscar under a chair is going viral

The film took place in the 1990s and revolved around Captain Marvel’s adventures as she gets caught up in an inter-galactic conflict between two alien civilizations. The next installment reportedly takes place in the present day.

Ashton is most recognised for Velvet Buzzsaw, in which she starred alongside Jake Gyllenhaal. She also appeared in Betrayal with Tom Hiddleston.