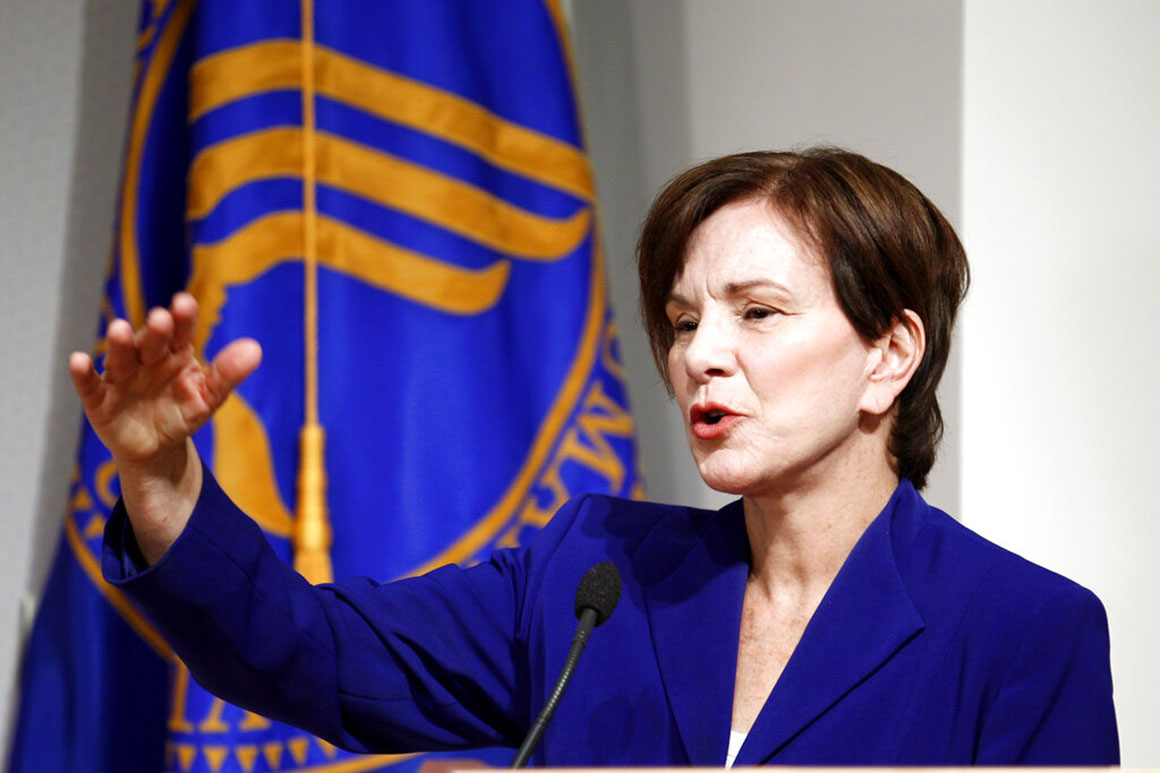 ACOG challenged the requirement last year but a short-handed Supreme Court following the death of Justice Ruth Bader Ginsburg in October declined to intervene. That allowed abortion clinics to continue dispensing the pills remotely, which they say has kept patients and staff safer during the pandemic.

The justices in January granted the Trump administration’s request to reinstate the rules, in a 6-3 decision that broke along ideological lines and marked the high court’s first major action on abortion since Justice Amy Coney Barrett was confirmed.

The Biden administration earlier this month asked an appeals court for more time to respond to ACOG’s lawsuit, and indicated that the FDA could decide to “exercise its enforcement discretion.”

ACOG’s Chief Executive Officer Maureen G. Phipps said Monday the lifting of the restrictions means “those in need of an abortion or miscarriage management will be able to do so safety and effectively by acquiring mifepristone though the mail — just as they would any other medication with a similarly strong safety profile.”

The move only covers the public health emergency and doesn’t spell out how the Biden administration will deal with the restrictions after the pandemic is over. Permanently lifting the curbs would vastly expand access to the drugs.

Demand for abortion pills has soared as conservative states have moved aggressively in recent years to restrict access to surgical abortions. In 2001, the drugs were used in just 5 percent of abortions in the U.S. By 2017, that jumped to 39 percent, according to the Guttmacher Institute, a research organization that supports abortion rights.

Scientists and doctors are increasingly supportive of medication abortions, which can only be used during the first 10 weeks of a pregnancy, and have long called for looser rules around how patients can obtain the pills. The pandemic brought the issue into high relief, as the government has moved to limit in-person dispensing and promote telemedicine.

Mifepristone “has very few risks at all,” said Jen Villavicencio, a health policy fellow with ACOG. “It is more safe than over-the-counter medications like ibuprofen and Tylenol. We know this medication can be safely administered via telemedicine because we’ve studied it.”

ACOG, along with the American Medical Association and other leading medical groups, has been lobbying the Biden administration and arguing in court that the federal rules for dispensing the pills should be loosened permanently. Their push has been echoed by Democrats in Congress, who have urged Biden to allow telemedicine abortions both during the pandemic and beyond.

But anti-abortion lawmakers and advocacy groups, anticipating Monday’s policy shift, have been working to preemptively ban the pills or make them more difficult to obtain.

A new ban on telemedicine abortions in Ohio that was set to take effect on Monday was blocked by a state court, while others are still advancing in Indiana, Arkansas, Iowa, Alabama, Texas, Oklahoma, Wyoming and West Virginia.