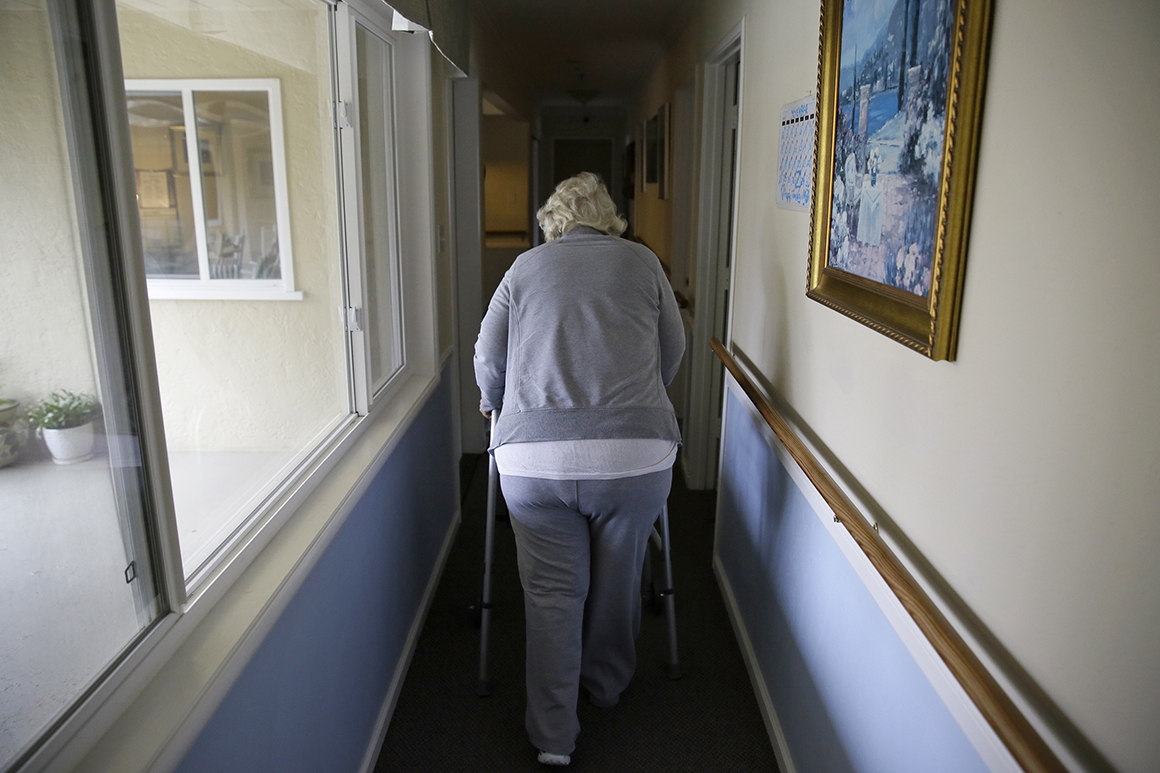 The FDA’s decision to approve the drug raises new questions about whether the agency is lowering its burden of proof for drugmakers. FDA normally requires “substantial evidence” for approval in the form of two large clinical trials demonstrating efficacy. That aducanumab fell short suggests to some health care providers and industry watchdogs that FDA is bowing to political and industry pressure rather than basing its decision on scientific evidence.

The agency emphasized Monday that its approval comes with strings. Because it came through the agency’s accelerated approval pathway, Biogen must conduct a new clinical trial. If the company does not complete the study in a timely manner, or the results do not show the drug to be effective, FDA could revoke its approval.

“This [accelerated approval] pathway allows FDA to provide patients suffering with a serious disease earlier access to a potentially valuable drug when there is some uncertainty of the clinical benefit of the drug,” Patrizia Cavazzoni, the FDA’s top drug regulator, told reporters on Monday.

The agency released a statement earlier in the day acknowledging the “considerable public debate” over aducanumab and noting the “urgent” need for new Alzheimer’s treatments. But that logic did not satisfy many physicians and researchers concerned that the drug doesn’t work, based on available evidence.

“This signals a really bad step that’s going to diminish the integrity of FDA’s regulatory decisions and public confidence,” said Joseph Ross, a physician at Yale University and co-director of the Yale-Mayo Clinic Center for Excellence in Regulatory Science and Innovation. “It’s going to generate a lot of demand, which will lead to a lot of spending for a product which is unlikely to help people and may cause harm.”

Roughly 6 million Americans have Alzheimer’s disease, the most common form of dementia. It is progressive and ultimately fatal.

Aducanumab, a monoclonal antibody administered via a monthly infusion, is the first Alzheimer’s treatment to target the amyloid protein that collects in patients’ brains and is thought to cause their progressive dementia. Analysts have predicted that aducanumab could earn billions of dollars given the large patient population and lack of competitor therapies.

But its path to market has been rocky. Biogen began two Phase III clinical trials in 2015, collectively enrolling nearly 2,000 participants with evidence of early disease. After an interim data analysis in March 2019 of both trials revealed that aducanumab wasn’t likely to be beneficial, the company said it would discontinue the trials.

Biogen reversed course in October 2019 after analyzing three more months of data that researchers had collected while the interim analysis was in progress. The company said the new data showed that the drug succeeded in one trial and would likely do so in the second if the study had been able to continue. Biogen applied to FDA for approval in June 2020.

Patient advocates argue that the approval of aducanumab paves the way for new and better therapies down the line. “History has shown us that approvals of the first drug in a new category invigorates the field, increases investments in new treatments and encourages greater innovation,” Maria Carrillo, the chief science officer of the Alzheimer’s Association, said in a statement.

Cavazzoni said in a statement that while pre-approval clinical trials split on whether the drug reduced symptoms of Alzheimer’s disease, all of those studies showed the drug “consistently and very convincingly reduce the level of amlyoid plaques in the brain in a dose- and time-dependent fashion.”

The agency is betting that the reduction in amyloid plaque signals that the drug will ultimately be proven effective, she added. Results from the follow-up trial, which FDA is working with Biogen to design and execute, will determine if the agency is correct.

Those skeptical of the drug include the independent FDA advisory committee charged with reviewing the data Biogen submitted with its approval application. During a heated meeting in November 2020, the committee concluded that there was not enough evidence to show the drug was effective — contradicting an internal FDA analysis that concluded the same evidence was “extraordinarily persuasive.”

More recently, the Institute for Clinical and Economic Review — a nonprofit group that evaluates medical treatments — said last month that “the evidence is insufficient to conclude that the clinical benefits of aducanumab outweigh its harms or, indeed, that it reduces progression” of Alzheimer’s disease.

The institute had previously calculated that, based on available clinical data, the drug would be cost-effective at a price between $2,560 to $8,290 per year. That is well below the $56,000 per year that Biogen estimates the drug will cost for a patient of average weight.

And last week, the American Geriatrics Society wrote to FDA urging it to reject the drug. Approval “is premature given the lack of sufficient evidence to support that aducanumab reduces progression of Alzheimer’s disease and that the potential benefits as a treatment for patients could outweigh the potential harms,” the society wrote.

There are also questions about the drug’s safety. About 35 percent of clinical trial participants who received the treatment developed a form of brain swelling that can be fatal if not properly mitigated. These cases were particularly common in participants with a genetic mutation called APOE4, which puts them at a greater risk for Alzheimer’s disease in general.

“I’m worried about the inconclusiveness of the current data and the possibility that the effect the drug showed in those two trials was no better than no treatment,” said David Knopman, a clinical neurologist at the Mayo Clinic.

Regulatory watchdogs say the approval sends the wrong kind of signal to the pharmaceutical industry and continues a pattern of recent FDA drug approvals that appear to be influence by industry or politics.

“Such a reckless action irreparably damage[s] the FDA’s credibility, which has already been damaged because of various decisions it’s made during the Covid-19 pandemic,” says Michael Carome, a physician and director of the health research group at Public Citizen, a liberal advocacy organization.

He compared the FDA’s approval aducanumab to its decisions to issue emergency-use authorizations last year for a pair of unproven Covid-19 treatments — the malaria drug hydroxychloroquine and convalescent plasma from pandemic survivors — under strong pressure from former President Donald Trump.

The agency has since revoked the hydroxychloroquine authorization and placed limits on which patients can receive convalescent plasma, based on data collected after the treatments were put into wide use.

Others are concerned that this approval will open up the FDA to legal recourse by companies who feel their products should have been granted accelerated approval, but were rejected.

“By law, the FDA can’t treat companies differently,” said Gaurav Gupta, a biotechnology investor at Ascendant BioCapital. Companies that had products rejected with substantially equivalent data to aducanumab’s, “would be rational to pursue approval now. And the law would be on their side if they elected to sue the FDA for approval.”