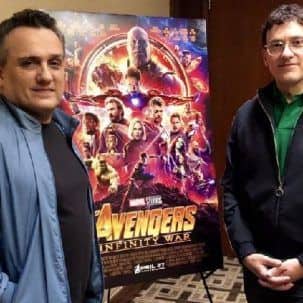 Sacha Baron Cohen’s Subsequent Moviefilm Is a Return to…

Popular director duo from Hollywood, Russo Brothers (Joe and Anthony Russo), who delivered the biggest blockbuster of all-time in the form of Avengers: Endgame, claim that a Secret Wars movie in MCU will be their biggest film ever. The duo has shared their desire to direct a Secret Wars movie many times before. Earlier, Anthony Russo told Zoom Digital, “I told Kevin Feige if they ever have Secret Wars going which was you know this massive event that we’ll come back for that. Now they actually have Fantastic Four and X-Men, so we have to see how they develop those characters over the years.” Also Read – Say What! Ryan Gosling and Chris Evans to star in Netflix’s, The Gray Man, directed by The Avengers’ Russo Brothers

Joe Russo revealed why he loved to direct a Secret Wars movie and told Bro Bible, “You know, I read that when I was 10 or 11, and it was the scale of getting all of the heroes together. It was one of the first major books to do that — that was really event-storytelling to me at its finest. And what happens when you put all of those personalities together. I also like the idea of villains having to team up with heroes. Anth and I like complicated relationships between heroes and villains, we like villains who believe they’re heroes in their own stories, so it’s all sort of built into this notion of Secret Wars. To execute something on the scale of Infinity War was directly related to the dream of Secret Wars, which is even larger in scale.” Also Read – Priyanka Chopra and Richard Madden team up for Russo Brothers’ ‘Citadel’

Talking about this ambitious big project, Anthony Russo added, “It would be the biggest movie you could possibly imagine, so that’s what really excites us about the story — the ambition of it is even bigger than the ambition of the Infinity Saga.” So, what are your thoughts on a Secret Wars movie? Tweet and let us know @bollywood_life. Also Read – Avengers Endgame: Thousands of Marvel fans sign petition to get Robert Downey Jr Oscar award best actor nomination