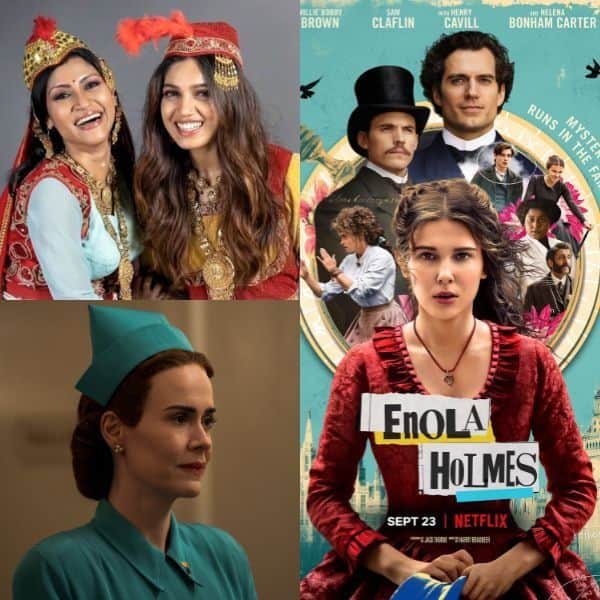 Monday has knocked our door again, and with it arrives some tasty treat for binge-watchers to get cracking on, especially with the most exciting OTT content that Netflix will be dishing out this week. After all, what better way is there to pass the time than with web shows and web movies, particularly if you still have to resume daily travel to your workplace. So, we’ve filtered the most promising of the lot to bring you five web series and web films that have or are releasing across these seven days on Netflix, which are perfect for your binge-watching needs. Also Read – What to Watch on Netflix this Week: Dolly Kitty Aur Woh Chamakte Sitare, Ratched, Enola Holmes – 5 OTT titles to satiate your binge-watching urge

The Bhumi Pednekar-Konkana Sen Sharma-Vikrant Massey film promises to touch upon some sensitive family issues against the backdrop of women empowerment, all done in a quirky manner though. Also Read – Tuesday Trivia: Did you know in October 1994 THESE 5 Hollywood blockbusters were running in theatres at the same time?

Set in the world of Steven Spielberg’s classic Jurassic Park albeit for kids, Jurassic World: Camp Cretaceous has dinosaurs doing what dinosaurs do best minus the blood and some of the kids keeping the younger audience in mind. Also Read – Box Office Prediction: While Kaala will earn Rs 100 crore over the first weekend, Jurassic World: Fallen Kingdom will collect Rs 15 crore

Tracing the origin story of Nurse Ratched from the masterpiece, One Flew Over the Cuckoo’s Nest, this Ryan Murphy production is touted to be the biggest Netflix web series this fall.

A documentary revolving around activists, scientists and others environmentally conscientious people banding together to save the climate, this one should appeal to all those who take climate change seriously.

Lovers of Sherlock Holmes and/or thrillers in general should be gung-ho about the greatest sleuth’s sister taking centre stage for a change.

Aerosol Microdroplets Not Very Effective at Spreading the COVID-19…

Liverpool ‘may be forced’ to buy after Fabinho injury, Bartomeu…

New Research Uncovers Why Bats Excel As Viral Reservoirs Without…

Trump furious at coronavirus ‘fake news’ as he points…

Can you claim ESA and PIP? | Personal Finance | Finance

Where Does The Bachelorette Get Her Dresses?