Did Emma Watson really storm off from the sets of This Is The End? 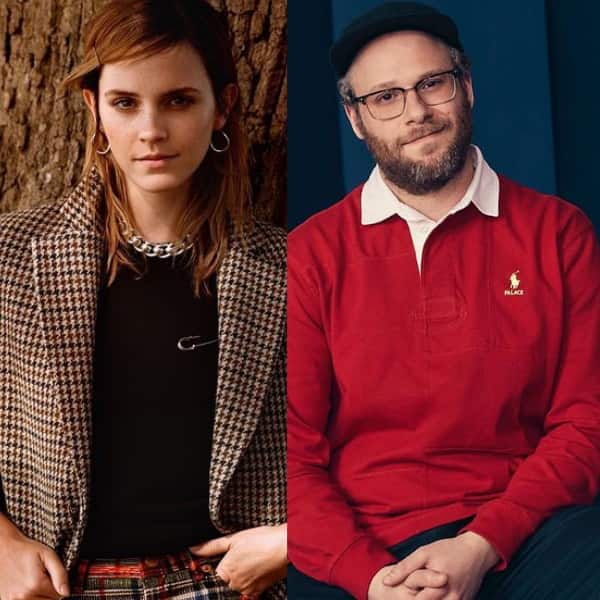 Emma Watson is one of the most popular actresses we have in the world of entertainment. She ruled hearts as Hermione Granger in the Harry Potter films series and many critically and commercially acclaimed films such as My Week With Marilyn, The Perks of Being a Wallflower, Colonia, The Circle, Regression to name a few. The actress also featured in an American Apocalyptic Comedy film called This Is The End directed by Seth Rogen and Evan Goldberg. There were reports that Emma Watson had stormed off from the sets after she did not like a scene that they were filming. However, Seth Rogen who also acted in This Is The End, refuted the same. Rogen had spoken up about the issue in an interview and it was taken off as Emma Watson stormed off the sets of the film. Talking about the scene from This Is The End, it featured Danny McBride accepting his cannibal instincts and Channing Tatum playing his prisoner on a leash. Recalling and addressing the incident in an interview with British GQ, Seth Rogen had said, “I mean, I don’t look back on that and think, ‘How dare she do that?’ You know? I think sometimes when you read something, when it comes to life it doesn’t seem to be what you thought it was.” Also Read – Women’s Day 2021: From Harry Potter’s Emma Watson to Thor Ragnarok’s Tessa Thompson – 7 fearless Hollywood female characters who continue to inspire us

As soon as he said that various media portals took up his statement and called out Emma Watson for being unprofessional. Seth Rogen released a statement defending Emma Watson and said that his quote was misrepresented and misconstrued. “I want to correct a story that has emerged from a recent interview I gave. It misrepresents what actually happened. Emma Watson did not ‘storm off the set’ and it’s sh***y that the perception is that she did,” he said while adding that the scene which has become the talk of the town these days wasn’t in the script earlier. Since it was changed drastically and as the film progressed, it was something that she did not agree with. He slammed the portals reporting that it was uncool on Emma Watson’s part to behave in such a way and calling her unprofessional and whatnot. Also Read – OMG! Is Harry Potter’s Emma Watson retiring from acting for the sake of love? Her manager RESPONDS

He heaped praises on her for speaking her mind out and having a heart-to-heart talk with him on the same. “She and I spoke on the night; it was overall a sh***y situation and it must have been hard for her to say something and I’m very happy and impressed that she did,” Seth revealed and also added that eventually, they agreed for her to not be a part of the end scene. He also added that he wished he would have prevented her exclusion from the scene somehow. Check out his tweet below: Also Read – Harry Potter’s Ron Weasley aka Rupert Grint makes Instagram debut, introduces daughter and crosses 2M followers, all in a day