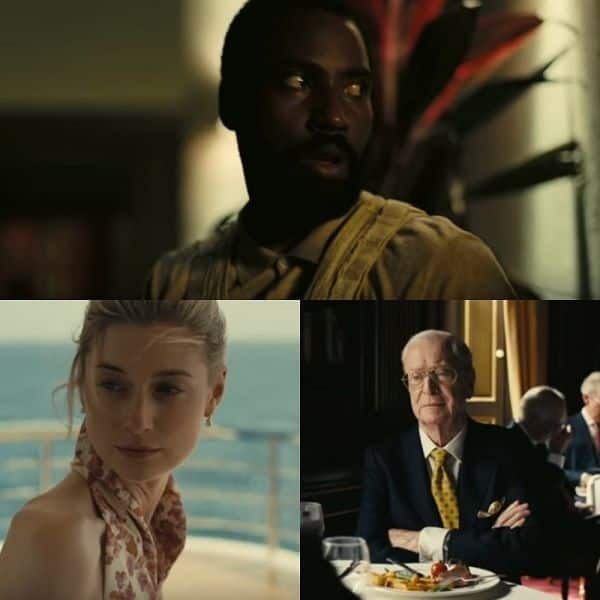 Christopher Nolan’s highly-anticipated sci-fi venture Tenet, which recently released during the coronavirus pandemic, has entered the $100 million club at the global box office. Despite the COVID-19 situations, audience have rushed to theatres and enjoyed this cinematic experience. According to variety, “The Chinese historical war epic ‘The Eight Hundred’ is currently jockeying with ‘Tenet’ for first place at the box office in the Middle Kingdom. Warner Bros., the studio behind ‘Tenet,’ is not releasing domestic numbers until Sunday. The film opened in the U.S. this week, but will not screen in major markets such as Los Angeles and New York City where theatres remain closed due to coronavirus.” Also Read – Sonam Kapoor watches Christopher Nolan’s Tenet in London; says, ‘The luminous Dimple Kapadia in the film gave me goosebumps’

Actress Sonam Kapoor recently watched Christopher Nolan’s sci-fi venture Tenet in London and shared her experience on social media. Talking about the big screen moment and Dimple Kapadia’s performance, Sonam wrote, “So I went to watch @tenetfilm in the cinema today. Firstly the incredible experience of watching a film on the big screen is unparalleled. Secondly to watch the luminous Dimple Kapadia in the film gave me goosebumps. Nothing compares to cinema, the big screen and its magic. Nothing.” Also Read – Tenet BTS footage: Christopher Nolan, John David Washington, Robert Pattinson give us a sneak-peek into how their mind-bending vision was created

Talking about Tenet, the film features John David Washington, Robert Pattinson, Elizabeth Debicki, Dimple Kapadia, Aaron Taylor-Johnson, Clémence Poésy, Michael Caine and Kenneth Branagh in prominent roles. Talking about the film, Christopher Nolan earlier said, “We shot in seven countries, all over the place, with a massive cast and huge set pieces. There’s no question, it’s the most ambitious film we’ve made.” The director also revealed that Washington, a former football player and the star of “BlackKklansman” and “Ballers”, is “very much the hero” of “Tenet“. “He’s a massively talented actor and physically gifted. He’s an athlete and pretty hard for anybody to keep up with, including the different vehicles we shot him from. This guy moves,” Nolan said. As per the reports, it is said that Tenet is soon expected to release in India as soon as the theatres reopen. So, are you excited about it? Tweet and let us know @bollywood_life. Also Read – Tom Cruise watches Christopher Nolan’s Tenet in a cinema hall, says ‘Great to be back in a movie theatre’

Genetics of the Tree of Life – Understanding the African Baobab Tree

MSC Seaside to make European debut in May | News