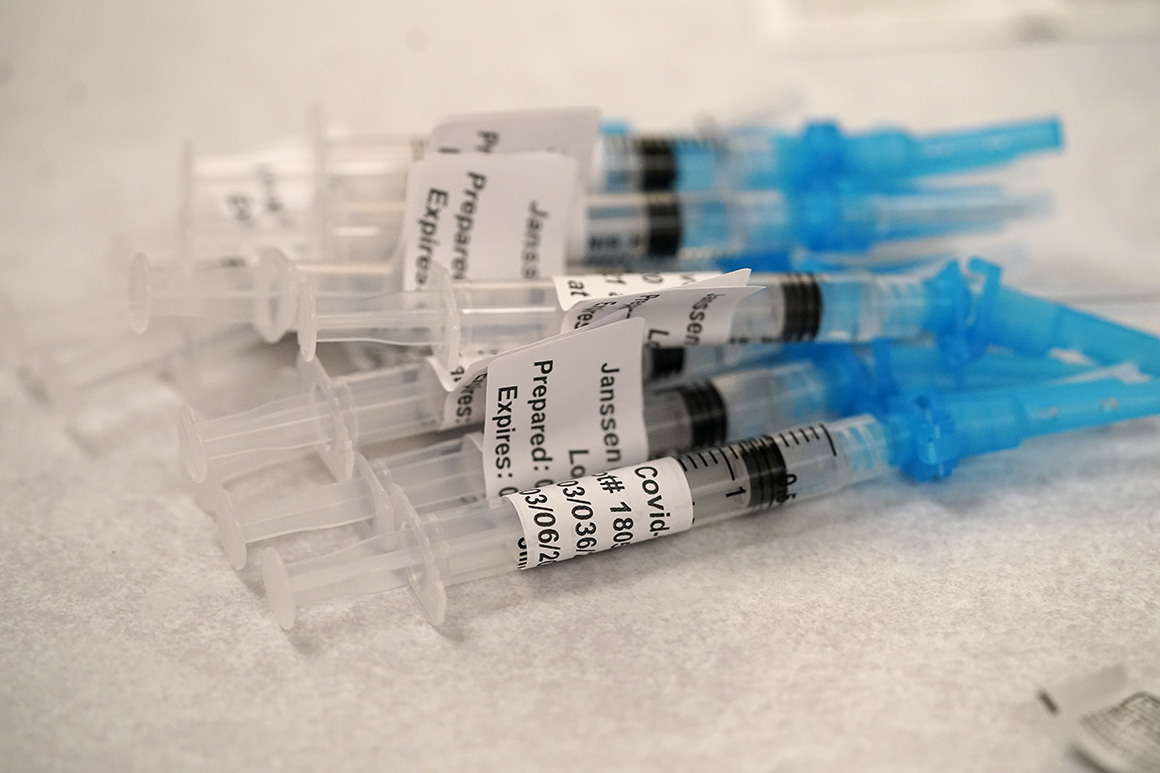 Federal health officials called for a nationwide pause in use of the shot on April 13 after they received reports about six women between 18 and 48 who had developed the condition after vaccination.

When the CDC committee first met last week to examine the safety concerns around the J&J shot, and whether the administration should restrict eligibility for the vaccine, members decided they did not have enough information to make any recommendations.

The presentation prepared by the CDC panel’s safety subgroup says that the risk of the clotting syndrome appears to be highest for women under 50, at seven per million doses. The risk appears to be less than one in 7 million doses for men and women over 50, the subgroup’s slides said. So far cases have been reported in people ages 21 to 77, most of them women, according to another presentation delivered Friday to the broader CDC panel.

The full committee is expected to vote Friday on its recommendations for use of the vaccine. It is possible that the committee will recommend a warning label be added to the vaccine or suggest its use should be restricted by age, sex or both factors.

Biden administration officials have previously said they would look to the CDC’s advisory panel for guidance on lifting the pause in the shot, and they are expected to make a final decision soon.

“I think the FDA and I both feel strongly, and the CDC feels strongly that we need to act swiftly after that analysis,” CDC Director Rochelle Walensky told reporters in a press briefing Friday. “But I do think that there is plenty of people who are interested in the J&J vaccine if just for convenience as well as for a single-dose option.”

European regulators were first to raise concerns about the J&J vaccine and clotting. The European Medicines Agency said Tuesday that it had identified a possible link, but the benefits of the shot outweighed the risks of its use. The EMA recommended that the European Union issue a general warning about clotting rather than restrict the vaccine’s use.

Biden officials in the CDC and the Food and Drug Administration made the call to implement a pause in the shot to gather more data about the people who had developed the clotting, to identify additional cases, and to speak with health care providers about the best course of treatment. Officials were concerned about the severe blood clotting cases in part because the typical treatment for clotting — the blood thinner heparin — can make them worse.

Over the past week federal and state health officials have grown increasingly frustrated with the J&J pause, arguing that a prolonged halt would harm efforts to distribute Covid-19 vaccines to vulnerable populations, including the homebound and homeless. Last week, states did not receive any J&J vaccine allocations from the federal government, according to two state public health officials, and they are unsure whether they will receive any doses next week. To supplement the gap, the Biden administration has ramped up delivery of the Pfizer and Moderna vaccines.

Health experts continue to worry about the long-term impacts of the pause, particularly around vaccine hesitancy.

“I have been a little frustrated with the extension of the pause,” said Ashish Jha, dean of Brown University’s School of Public Health, referring to the advisory panel’s move not to make a recommendation on the shot last week. “It sends a global signal that somehow we’re keeping the good stuff for us and sending out everything else for other people. I don’t think that’s actually correct. I don’t think J&J is an inferior vaccine. And it makes global vaccinations so much harder because it leads into a narrative that will build vaccine hesitancy globally.”