Cardi B files divorce from Offset after 3 years of marriage 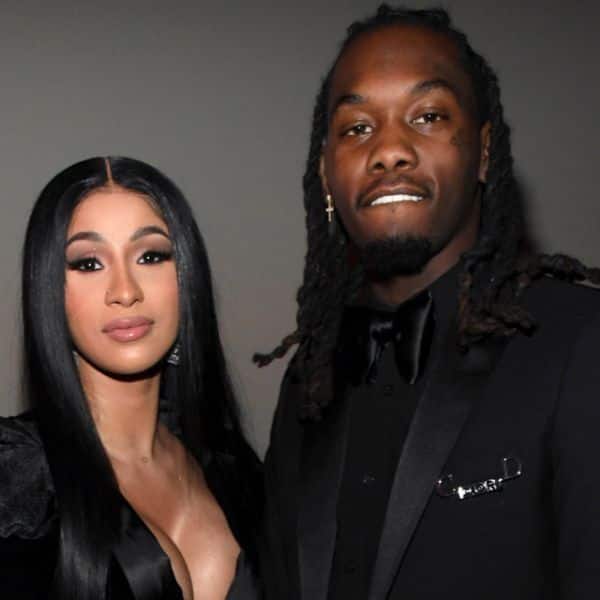 US rapper Cardi B has filed for divorce from husband, Offset, after three years of their on-and-off marriage. She filed divorce papers in family court in Fulton County, Georgia, according to court records. The initial hearing is set for November 4, 2020. The couple started dating in 2017 and were also married secretly the same year. They had a daughter whom they named Kulture in 2018. The same year there were rumours of infidelity and split. Cardi B had also announced that the couple had parted ways but later reunited. Cardi B’s single WAP with Megan Thee Stallion has been topping the Billboard Hot 100 chart for three weeks now and her decision to separate comes at this point. Attorney and author Adrienne Lawrence wrote on Twitter along with a picture of the divorce filing. She wrote, “It indeed appears that Cardi B filed for divorce from Offset in Fulton County, Georgia earlier today. The hearing is set for November 4, 2020. Wishing them both the best.” Also Read – Cardi B files divorce from Offset after 3 years of marriage – read deets

It indeed appears that Cardi B filed for divorce from Offset in Fulton County, Georgia earlier today. The hearing is set for Nov 4, 2020.

Wishing them both the best. pic.twitter.com/Cx24VptzbD

Just a few days before, Cardi B had posted a cryptic Instagram story where she wrote, “Her heart finally told her to stop wasting her time.” She captioned the note saying, “it’s time.” Earlier, in 2017, Cardi B had reacted to the reports of their engagement and said, “I’m a woman. Every woman, I think, wants to get married and wants to have children. It’s never too early to get married now. You know, if you want to propose to me, you can.” In an interaction with Fader in 2017, she spoke about spending time with Offset. She said, “It’s been a blessing, me meeting him and meeting his friends. I see how hard they work. And that motivated me to work even harder.” Also Read – Rapper Cardi B creates private account on adult-entertainment site, OnlyFans; says, ‘Certain things I want only my fans to see’

Ajay Devgn VS Ajay Devgn On 13th October With RRR VS Maidaan? Why, Just Why, When…

Genesis of Bizarre Blue Lightning Jetting Into the Stratosphere…

See the Yeah Yeah Yeahs’ Karen O’s Style Through the…

Logan Paul speaks out and responds to rumours that Floyd Mayweather…

A Benchmark for Single-Electron Quantum Circuits