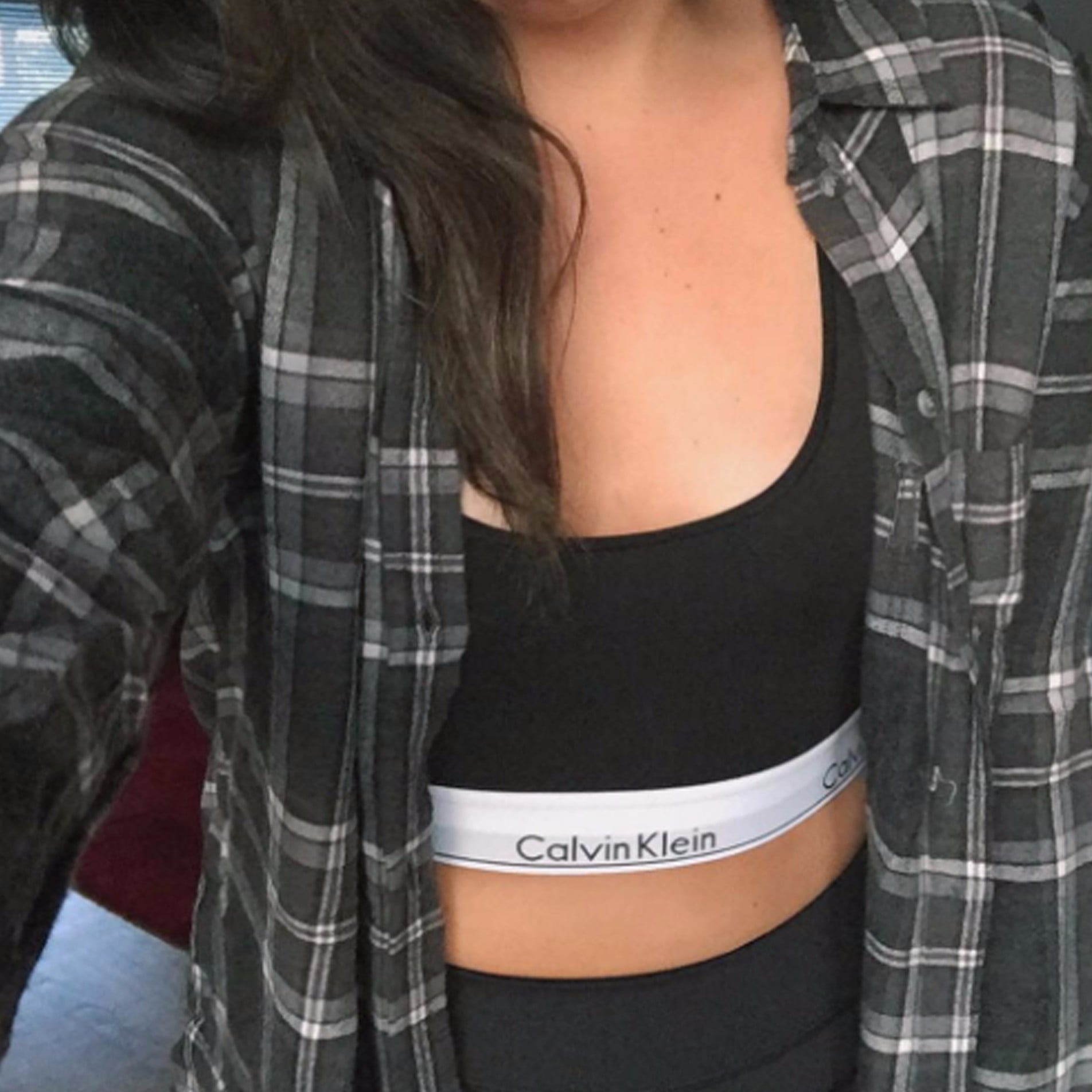 I don’t have big boobs in the slightest, but I have the world’s widest rib cage, so bra shopping has never, ever been fun (not that it sounds very fun if you’re well-endowed either, but I digress). Since my first training bra was purchased around the time I turned 12, I’ve hated wearing a bra at all. Like most women, I spend my days at work dreaming of that glorious moment I can strip down at home and fling my underwire death-trap across the room like a slingshot, allowing my girls to roam freely for the rest of the night. I thought I was destined to waste my existence wishing it were the end of the day, until I found Calvin Klein’s cotton bralettes.

Now, I’m not living under a rock — I know there are a million other types of bralettes that have come before and several million that will come still, whether they be coated in a layer of thin lace or made of sweat-wicking material to keep my ladies cool in the Summer. But these Calvin Klein Modern Cotton Racerback Bralettes ($22-$28) are my holy grail, and I vow in front of all these witnesses to love them forever.

It all started with an Instagram photo (as most revelations these days do). I spotted my little cousin wearing one of these simple bras as a top (to go to the club, because she’s young and hip and not the ripe mental age of 97, like myself). She looked so comfy, so I immediately texted her to ask where she got it while also subtly begging her to just pass hers on to me. She told me she got the bra at Urban Outfitters, so I visited its Instagram page, and wouldn’t you know it, these bras were featured in two or three of its 10 most recent photos. I took that as a sign of a trend, urged myself to get out of bed early on a Saturday morning (OK, it was like, 11 a.m.), and drove straight to the store, where I purchased a CK bralette in black, to match my soul.

It was deep love at first wear (and it’s been an ever-growing whirlwind affair since — so much so that I’m positive my boyfriend knows I love these bras more than I do him). I immediately snapped the above photo after prancing around my apartment and posted it to Instagram, sharing my pure ecstasy over this new bra with my followers. I felt so good — a mixture between being held in just enough but also so free — that I could probably write something worthy of a Nobel Peace Prize about my new favorite clothing item.

Although we’re still firmly in the honeymoon phase, it’s been about four months since I bought my first one (time flies when your boobs are free). The OG bra has since been joined by two others (a white and a gray, because neutrals fo’ lyfe), and I wear one every. single. day. (In this four-month span, I was forced to wear a strapless bra once because of the back of the dress I wanted to sport on Mother’s Day, and as soon as I clipped myself into the Devil’s harness, I wanted to cry)

If, like me, you find the best part of your day to be swinging your bra over your head like a lasso after several long hours of confinement, live not like a prisoner any longer. Join me in this place of pure bliss, won’t you?

Get email alerts on price drops

The Best Places to Retire in Florida | Baby Boomers

Anthony Joshua vs Kubrat Pulev could have fans in attendance on…

Will Smith Imagined As Black Superman & There Couldn’t…