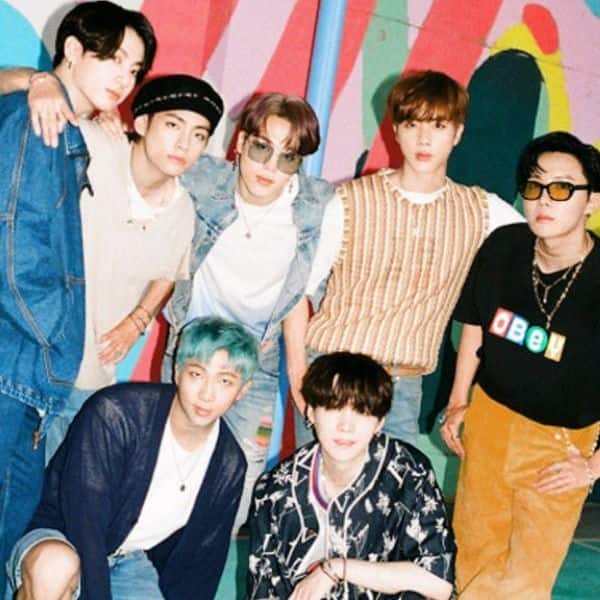 K-pop band sensation BTS have revealed something very specials for their fans in a recent interview. After their recent victories at the People’s Choice Awards and nominations at the Grammy Awards, the septet has disclosed in an interview with Esquire magazine, which of their superhit songs defines them on an individual level. So, are you keen to know which of BTS’ songs have defined V, Jimin, J-Hope, Suga, RM, Jin and Jung Kook? Well, read on to know it straight from the horse’s mouths… Also Read – Trending Entertainment News Today: Kangana Ranaut granted protection by Bombay HC, Taapsee Pannu’s SAVAGE rebuttal to a troll

V: “Do you know what purple means? Purple is the last of the rainbow colours. Purple means I will trust and love you for a long time. I just made it up.” Also Read – Grammy Awards: From Beyonce to Taylor Swift — women dominate the nominees this year

J-Hope: “It’s ‘Mic Drop’. Maybe because I’ve been dancing street style since I was young, I always like the hip hop style of performance. I also thought that the lyrics were the messages that we wanted to deliver at that particular point in time. It was nice to get it off our chest with ‘Mic Drop’.” Also Read – Grammy-nominated BTS perform Dynamite and Life Goes On live on The Late Late Show with James Corden and it’s nothing short of PERFECTION — watch video

Jimin: “Two songs that represent me the best are ‘Young Forever’ and ‘Answer’. I have this goal of singing together with the members, performing together, and performing for fans for years to come. I think these two songs really reflect this about myself.”

Jung Kook: “The songs that represent me best may seem like a lot of my solo songs, but I think the one that captures it all is ‘We are Bulletproof: the Eternal’. All the things I can say, the thoughts that I have, the singing I have grown together with the members by my side and it is all thanks to the members that all of this was possible. ‘We are Bulletproof: the Eternal’ really represents that for me.”

RM: “For me, this is not really to advertise, but the main song, the main single that will come from this album would definitely define me the best. It’s about life. I can’t spoil anything, but I don’t want to be so abstract and be like teasing, but it’s about life and people. That’s all I can say.”

Suga: “I’ll choose ‘Fire’. I was heavily involved with this song. I also start and finish this song. There aren’t that many songs where I’m the one to appear the most, so that’s why I really like this one.”

Well, talk about music being really close to the creator’s hearts.

Hilarious Memes About Wanda & Mysterious Beekeeper Trend On Twitter After The…

“He wanted me dead.” Stalking victim speaks out about her former relationship with Jackie Vandagriff’s killer

Past COVID infection provides some immunity for at least 5 months,…

Metal Fuels – One of the Most Promising Fuels for the Future?

“He wanted me dead.” Stalking victim speaks out about…