BTS’ ‘Map of the Soul ON:E’ online concert to happen on THIS date 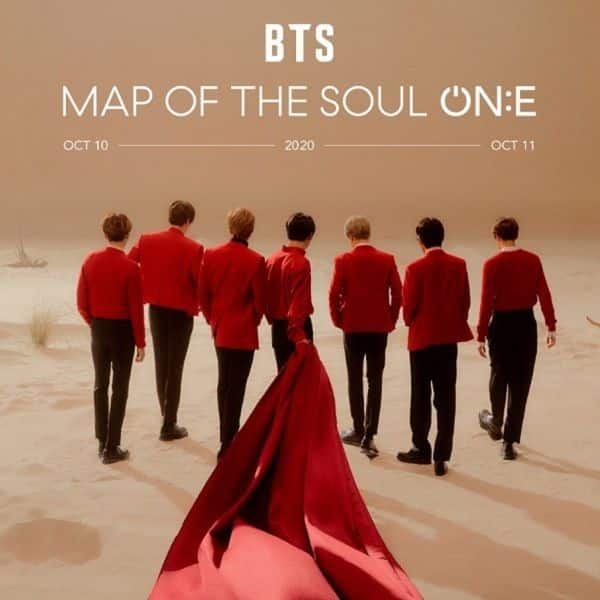 Chelsea Handler skis NAKED with stickers on her nipples for 46th…

The popular K-pop Band BTS’ concert, Map of the Soul ON:E, which was set to happen on October 10 and 11 got canceled due to the ongoing pandemic crisis. Big Hit Entertainment, shared the news with an official statement, which reads, “We had plans for an offline concert, despite not being able to open many spots for concertgoers due to the coronavirus. We had been preparing for it in order to strictly follow the preventative measures due to the pandemic, in order to create a safe environment for fans and the artists. However, due to the increased levels of social distancing of late that prevents gatherings and events, there have been no guidelines apart from this that can allow us to have an offline concert. We are sorry to the fans that have been anticipating an offline concert. We seek your understanding in this.” Also Read – BTS’ ‘Map of the Soul ON:E’ online concert to happen on THIS date

And now, the entertainment agency has confirmed that the online even, which is set to happen on October 10 and 11, will be streamed worldwide as it said, “We have prepared never-before-seen stages and various setlists for fans who must have felt disappointed by the cancellation of offline concerts due to COVID-19. Some songs will also be given variations across the two days. We hope you look forward to “BTS MAP OF THE SOUL ON:E”” Also Read – ‘I am a big BTS fan,’ REVEALS Rashmika Mandanna, while also naming her favourite BTS songs

The group, comprising RM, Jin, Suga, J Hope, Jimin, V and Jungkook, has been sharing moments from the album’s creation on their official YouTube channel. Meanwhile, over a month ago, the video for the group’s latest single “Dynamite” broke YouTube records by getting the most views in 24 hours in the platform’s history, officially topping 100 million in that time frame. So, are you excited for this concert? Tweet and let us know @bollywood_life. Also Read – Trending Entertainment News Today – Sidharth Shukla goes all black for Bigg Boss 14 shoot, Thalapathy Vijay’s Neyveli selfie becomes Twitter’s most retweeted photo

How Anita Hill hopes to change Hollywood's culture of harassment

Tiger Woods tranferred to different L.A. hospital to start down…

Water Near Arizona Air Force Base Is Tainted in Latest Case |…