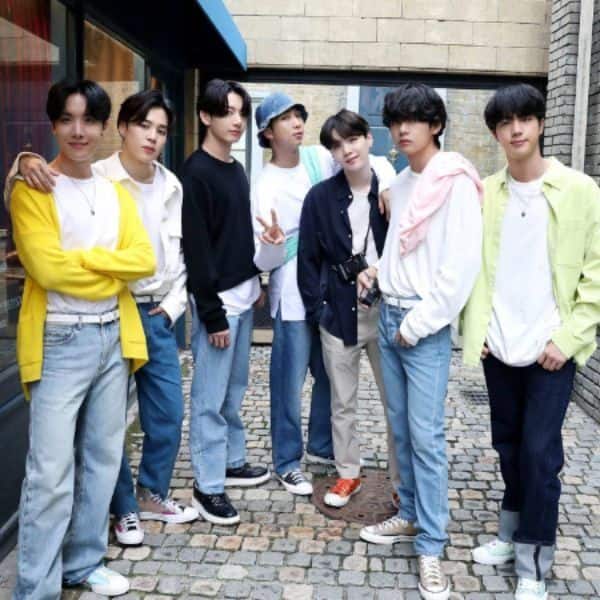 From Crazy, Stupid, Love To The Big Sick

Is there a pop group on a bigger high at the moment than BTS? In fact, it wouldn’t be a stretch to say that few bands in history have seen a bigger soar in success and popularity than BTS is enjoying at the moment. After multiple victories at the People’s Choice Awards and then being nominated at the Grammy Awards, BTS has now delivered a no. 1 chartbuster at the Billboard Hot 100. Their latest song, Life Goes On, has topped the Billboard Hot 100 chart, making it the first Korean single to ever achieve the feat. Also Read – BTS on Grammy nomination for Dynamite: It makes us even happier to know how delighted our fans must be right now

This follows the no. 1 debut of their other recent release, Dynamite, on the Billboard 200, to go along with their no. 1 debut of their fifth full album, Map Of The Soul: 7, giving them the unique distinction of being the only act in history beside Taylor Swift to debut both a song and album at no. 1 on the Billboard Hot 100 and 200 charts. Making several announcements of the accolades that K-pop band BTS have piled on, Billboard posted several tweets from the official handle. Check them out below: Also Read – BTS: ‘We hope to visit India in the future,’ says Hyung Jin and we CANNOT wait

.@BTS_twt‘s “Life Goes On” is the first No. 1 sung mostly in a non-English language since @LuisFonsi and @daddy_yankee‘s “Despacito,” featuring @justinbieber, in 2017.

.@BTS_twt is now the first and only group in history with multiple No. 1 debuts on the #Hot100 (“Dynamite” and “Life Goes On”).

.@BTS_twt and @ArianaGrande are the only acts with three No. 1 songs on the #Hot100 this year.

.@BTS_twt‘s “Life Goes On” also debuts at No. 1 on the #DigitalSongSales chart and No. 14 on the #StreamingSongs chart.

Covering a span of exactly three months (Sept. 5-Dec. 5-dated charts), @BTS_twt earns the fastest accumulation of three #Hot100 No. 1s in 42 years, since the @BeeGees earned three No. 1s in two months and three weeks (“How Deep Is Your Love,” “Stayin’ Alive,” “Night Fever”).

.@BTS_twt and @taylorswift13 are now the only acts in history to debut a song and album at No. 1 on both the #Hot100 and #Billboard200 in the same week.

The Montagu’s Winter Terrace to open next week | News

From Crazy, Stupid, Love To The Big Sick

Godzilla Vs. Kong Is Coming 2 Months Early, Set for March in Theaters and on HBO Max

Small towns and businesses suffer from U.S.-Canada border closure: “My income is down almost 60%”

SEISS 4th grant amount: What percentage of profits will…

Highly transmissible COVID-19 variant first found in U.K. could be…