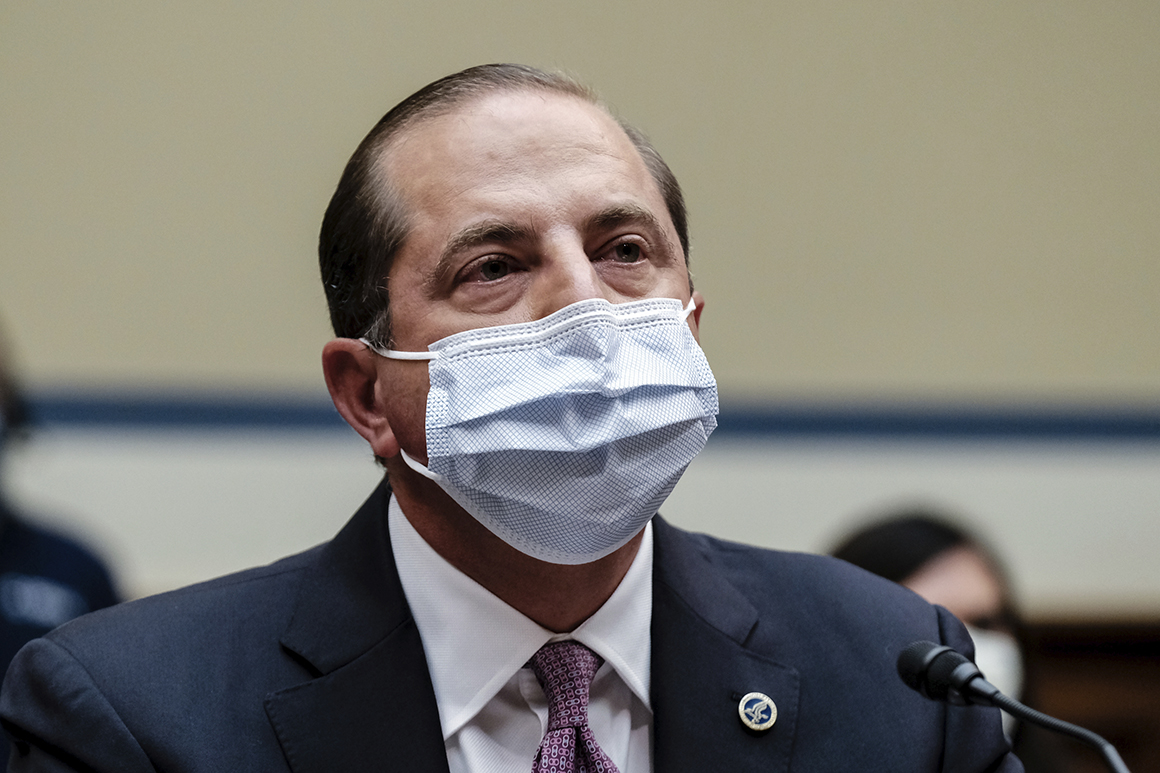 Democratic lawmakers have accused the administration of raiding public health funds to launch a “propaganda” campaign weeks out from the presidential election. They say the money would be better served addressing personal protective equipment shortages or helping distribute an eventual coronavirus vaccine. On Thursday, lawmakers broadened their investigation to determine whether contracts are being steered to people with ties to HHS spokesperson Michael Caputo, who oversaw the campaign before taking medical leave last month.

Azar was making his first appearance before a congressional committee since February, and it came just hours after President Donald Trump announced he tested positive for the coronavirus. He repeatedly dodged questions from Democratic lawmakers, who failed to pin him down on allegations of political interference within various health agencies.

“I will not discuss my interactions or conversations with the president,” Azar said.

Democratic lawmakers didn’t press the issue further. Other top administration health officials, including infectious disease expert Anthony Fauci, testified this summer that they were never asked to slow down testing.

Azar also dismissed reports that political appointees sought to alter and delay CDC guidance to avoid contradicting Trump’s rosier outlook on the pandemic. When pressed on the issue, Azar said he “did not support” statements from Caputo’s former scientific adviser Paul Alexander declaring that CDC must clear communications through him first.

However, POLITICO and other outlets reported that Trump appointees bypassed agency experts, including on controversial guidance on testing asymptomatic people that was later reversed following public uproar. Ultimately, Azar said, agency Director Robert Redfield has final say on what his agency publishes.

“At the end of the day, the CDC director must agree with it or it does not go out,” Azar said.

Lili Collins’ Fantasy Drama Is Way Out Of Our League But Has Left Us Dreaming!

Minnesota teacher never misses class, even from her hospital room

Teacher goes on road trip to teach students from historical sites across the U.S.

France news: Violence erupts on the streets of Paris – Macron…

Inheritance Tax: The ‘quick and simple steps’ which…

AKA to open at the Pointe, Palm Jumeirah | News

COVID-19 Variant Looked for as Culprit of Prison Outbreak | Kansas…

Samantha Akkineni Reveals Her Role In The Show Is Her Favourite…

When Do You Become a Senior Citizen? | Aging