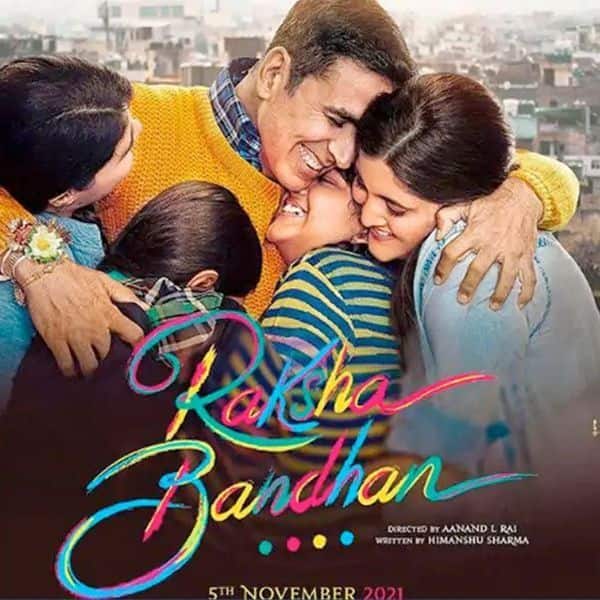 As another day ends, it’s time to look back at the biggest newsmakers who’ve made it to the trending entertainment news today. From Akshay Kumar announcing new film, Raksha Bandhan on Rakshabandhan and Sushant Singh Rajput’s sister penning an emotional note on the occasion to the ambulance driver of Sushant’s cadaver revealing that he’s getting threatening calls, Kangana Ranaut lashing out at Mumbai Police for quarantining Bihar IPS Officer Vinay Tiwari and Nikki Bella and sister Brie Bell giving birth to baby boys within 24 hours of each other – Rakshabandhan , Sushant Singh Rajput and WWE grabbed headlines to make it to the trending entertainment news today. Also Read – Sushant Singh Rajput case: Enforcement Directorate interrogates CA Sandeep Sridhar?

So, without further ado, here are the entertainment newsmakers of 3rd August 2020:

On the auspicious occasion of Rakshabandhan, the Khiladi of Bollywood Akshay Kumar has announced his new project titled Raksha Bandhan, which will be directed by Raanjhanaa and Zero helmer Aanand L Rai. The film will release on November 5, 2021. The actor has said that it is the quickest film he has signed in his career. Also Read – Did Sushant Singh Rajput search for painless death options before his demise? – here’s what we know

On the occasion of Rakshabandhan, Sushant Singh Rajput’s eldest sister, Ritu Singh aka Rani Di, who’s 12 years elder to the late actor and married to OP Singh, the police commissioner of Faridabad, has penned an emotional note. She has written that she does not know how to survive without him.

One of the things that has led to a number of speculations in Sushant’s suicide case is the presence of two ambulances outside the Mont Blanc building, where he resided. Yesterday, the ambulance driver told a news channel that it was he who brought down the body. He said he was hired by the cops to do the same. He also said that he has been getting threatening calls from international numbers. But the owner of the ambulance denied it saying it was the cops who brought down the mortal remains.

Bihar IPS office Vinay Tiwary has been sent into a 14-day quarantine by the BMC. This news has shocked many. The BMC has said that they are following guidelines. People are asking why it was used selectively only for him. Kangana Ranaut also took to Twitter to slam Mumbai Police. She feels it is an alleged ploy to save the son of a famous politician, who as per some conspiracy theorists, was with the late actor at an apparent party that happened on June 13, 2020.

WWE Hall of Famers Nikki Bella and Brie Bella have both become mothers, the former for the first time, and the latter, for the second time. Of course, that not the inconceivable part. What will blow your mind is the fact that the twins gave birth within 24 hours of each other, and that, too, to baby boys. Amazing, right?

Next Generation of Skyscrapers and Bridges Inspired by Marine…

Asteroid samples successfully sealed in capsule to return to Earth,…

Boston mayor encourages residents to get tested for COVID-19

What a Cash Out Refinance Means for Retirees | Baby Boomers

Trump Officials End Gray Wolf Protections Across Most of US |…